For several decades in gynecological practice widely used antifungal drug Nystatin. The experience with this drug has proven effective in the treatment of infectious diseases caused by fungi of the genus Candida and Aspergillus. Nystatin, instruction manual, gives a detailed analysis of the drug and discloses methods for the treatment of candidiasis in different parts of the body.

How does the drug

Modern pharmaceutical market offers a wide selection of antifungal agents with broad spectrum of action. In uncomplicated cases, short course of treatment systemic antifungal drugs of new generation for the complete destruction of the fungus. Why is domestic doctors continue to prescribe Nystatin patients, despite the fact that he is included in many combination medicines?

The opinions of experts popular. Some doctors believe that the drug is obsolete, and in its place came a new, more efficient means (Pimafucin, Levorin, fluconazole, Terzian, Micogynax, Poliginaks). Others, conversely, argue that a selective effect on a specific type of pathogen very effective in the treatment of established infections and the use of combined means in this case not rational.

Despite the ongoing debate, it is safe to say that the use of Nystatin in combination with other antimycotic drugs increases the effectiveness of treatment. Given the fact that Nystatin is almost not absorbed into the bloodstream, it is successfully used by pediatricians in the treatment of children-infants. The appropriate use of medicines to patients who for any reasons can not take systemic anti-fungal drugs with many side effects. 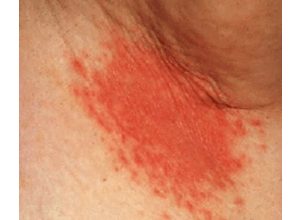 Non-prescription status of medicines in the pharmacy network, low cost and minimal side effects (compared to other antimycotic agents) pose a great temptation to self-use of medication without consulting a specialist. However, do not self medicate. The appointment of the drug precedes the collection of data from laboratory studies of material collected to identify the species of causative agent and its resistance.

Destructive acting on the cell membrane of the fungus, Nystatin may act as fungistaticeski and fungicidal (depending on dosage).

The table lists indications for medications and existing restrictions, contraindications to its use.

A limitation to the use of medicine are developing side effects against the background of its use in the first days after the doctor appointment. These include the following symptoms:

When expressed clinical manifestations, medication overturned. If the reaction is poorly expressed, it is possible to change the form of release. In any case, this issue was discussed with the attending physician is mandatory.

Forms of release of the drug

Pharmaceutical companies produce the medication in the following forms: