Medicine since ancient times, studying the woman’s body. But even today there remain many unsolved puzzles, one of which is the condition before menstruation. In medical language this process is called premenstrual syndrome (PMS). According to statistics, it affects about eighty percent of women. Pay attention to the reaction of the body and recognize the symptoms of this condition is easy if you consider the fact that premenstrual syndrome occurs from the twenty first to the twenty-eighth day of the cycle (in a normal 28-day cycle), that is in its final week before the expected menstruation.

PMS – what is it? Premenstrual syndrome (abbreviated PMS) is the period that occurs in the second half of the cycle, presumably in three to ten days before menstruation. Often this stage is characterized by disorders in the functioning of the vascular, nervous and endocrine systems.

Almost every woman is familiar with this condition as premenstrual period. The syndrome often appears in women with a thin body type and working in the intellectual sphere. Does not depend on age. ICP is observed in very young girls and older ladies, virgins and adult ladies. After the birth of their first child the signs of PMS are softened or disappear completely in 50% of women. 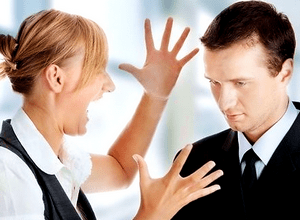 There were many studies, but the exact causes of premenstrual syndrome and failed to identify. Some of them include:

The most common cause are variations that occur in the hormonal background. 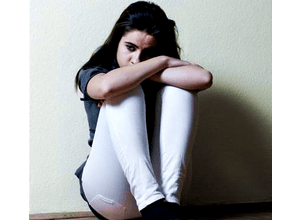 The menstrual cycle involves a balance between three important hormones:

In the latter half of the cycle there is a change in hormone levels. The estrogen level gradually rises, and the rate of progesterone dramatically falls down. As a result of this process the body may experience an inadequate response to what is happening, leading to a sharp change of behavior. It is believed that this condition is inherited. A constant level of progesterone in the second phase is one of the signs of pregnancy.

So as the days before menstruation are unstable in endocrine terms, the majority of patients begin psycho-vegetative and somatic disorders. In this case the main role is played not the level of hormones, and a sharp jump. This process leads to a change in behavior and emotions:

READ  Could there be a delay due to cold

Neuropsychiatric form is characterized by manifestation of symptoms of premenstrual syndrome:

Cephalgic form is characterized by manifestation of symptoms such as:

Menstrual syndrome in edematous form is characterized by symptoms such as: 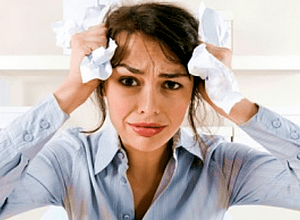 Menstrual syndrome in kesovoj form is characterized by such features as:

In medicine it is accepted to allocate three basic stages in the development of premenstrual syndrome. These include:

Most patients believe that the occurrence of premenstrual syndrome is a normal phenomenon. Some of them confuse PMS symptoms with pregnancy and other diseases. As a result, spend self-treatment or treated in the clinic for the experts.

Once the diagnosis of premenstrual syndrome is difficult. The fact is that he has such symptomatology, which is found in many diseases. If a woman monitors her cycle and noticed that a few days before her menstruation began to be disturbed inappropriate behavior or poor health, you should consult a gynecologist.

To establish an accurate diagnosis the doctor needs to know complaints of the patient and to gather information about it. A preliminary diagnosis of “premenstrual syndrome” can be set on the basis of the following symptoms:

READ  Jet a pregnancy test, which test is better

If a woman has observed at least two or three symptoms from the above, it is possible to speak with confidence about the presence of premenstrual syndrome.

But how to treat this pathology? Before you start the treatment of premenstrual syndrome, a doctor must assign the survey to understand the reason for what is happening. These include:

Decoding of all tests are performed by a doctor. Also doctor may recommend that women keep a special diary for three to six months. It is necessary to record the complaint and to trace the dynamics of treatment.

Often women confuse the symptoms of PMS pregnancy. Once conception occurred, a woman’s body increases the amount of progesterone in the blood. As a result, the patient had symptoms appear in the form:

It should be noted that during premenstrual syndrome all symptoms disappear with the arrival of menstruation. If women observed pregnancy, it is still all attached signs frequent urination. But often women learn about its position only when the delay occurs.

The best option to worst option is to wait for a month. If not, then you need to test, which is sold in any store. 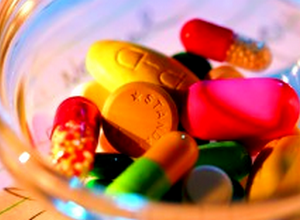 After the examination, the doctor prescribes the treatment of premenstrual syndrome. It must be done holistically, regardless of which disease is the patient. Treatment involves medication, which includes:

A favorite tool of mammologists is a nonhormonal drug Mastodinon. It effectively cope with the edematous form of the disease, relieves symptoms and resolves breast pain. The result after the application comes rather quickly, but to leave the reception facilities is impossible. It is necessary to drink not less than three months.

The second drug have the same action attribute, Remains. It is also recommended to take not less than three months. Funds are transferred perfectly, but have a number of contraindications (period, pregnancy and lactation).

It should be noted that premenstrual syndrome is closely associated with the menstrual cycle. Therefore, complete elimination of symptoms is impossible. In such situations, you can only alleviate the condition of the patient and transfer the disease in a mild form. The healing process lasts from three to six months. Frequent relapses that require repeated courses. In some cases, this therapy becomes a lifetime.

Frequently patients possess emotional and neurological disorders. Therefore, the process ended successfully, we need a positive attitude. To do this, the treating physician explains to the patient that she needs to diet, physical activity, abandon bad habits and relaxation.

Diet and lifestyle during treatment 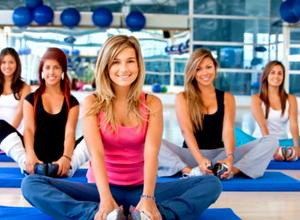 To the recovery process was fast, you must adhere to several recommendations. These include:

If the patient ignores the symptoms, each time they will grow. This can exacerbate disease and cause:

With all the recommendations a woman will be able to cope with the problem. Not always possible to completely eliminate the disease but to reduce its impact. Do not run away from problems, it is better to consult a doctor for a complete examination and proper treatment.