The homeopathic method of treatment based on the regulation of physiological processes in the human body with the help of medicines, chosen on an individual basis. Supporters of homeopathy adhere to the principle: what causes disease, in small doses promotes healing. A vivid example of this theory is Sepia (homeopathy).

Indications for use of this tool in gynecological practice provide symptomatic treatment of climacteric syndrome in all its manifestations. However, traditional medicine does not share this view. Disputes about the effectiveness of homeopathic treatment continues.

The essence of homeopathic treatment

The founder of homeopathy is Samuel Hahnemann, who argued that efficacy manifests itself in the form of symptoms of illness in healthy people when used in small doses. According to his theory, the basis of any chronic disease is an infectious cause, the so-called miasma. And it should be treated only with medication, many times divorced.

Many people think that homeopathic medicines are analogues of herbal remedies. This view is mistaken. The herbal remedies are made from natural extracts of plants. Sometimes they are presented as fitokompozitsy. Homeopathic remedies, in addition to the extract of medicinal plants, contain particles of organic compounds and different chemical elements. The number activitiesthese substances in the drug are so minimal that traditional medicine does not support the rationality of this treatment method.

According to studies on date there is no evidence about the proven effectiveness of these drugs. Therefore, this technique is considered as the placebo effect.

Any manufactured drug is undergoing clinical trials. If the benefits of treatment are obvious, its effectiveness is not in doubt.

In homeopathy, such evidence does not exist. Therefore, the world health organization recommends this group of drugs to the destination. In addition, they are absolutely contraindicated in the presence of serious systemic diseases. The medieval concept of homeopathy is not supported in most foreign countries.

The domestic population has more supporters of this treatment option. Despite the large number of charlatans, manipulating the consciousness of the female through psychological effect, the use of new-fangled little-known preparations do not lose the leadership position. A particular danger of this therapy are found in the late diagnosis of the disease, when the lost time and the pathological process progresses. Often that treatment ends in failure. 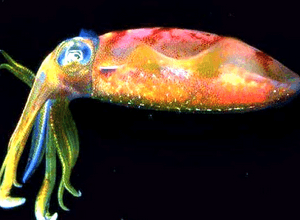 Under the Sepia imply a dark-brown fluid secreted by the mollusk cephalopod cuttlefish in the moment of encounter with potential danger or hunting for prey.

In homeopathy use powder made from dried fluid produced by the ink bag of the clam. Secret, secreted by the cuttlefish, so intense that it is able in seconds to paint thousands of gallons of water. The main suppliers of Sepia are: Sri Lanka, the English channel and the Mediterranean.

The use of Sepia in homeopathy provides targeted effect on the Central nervous system by increasing blood circulation, prevent venous stasis, irritation of the mucous membranes.

Modern pharmaceutical companies are exporting homeopathic medicines, Sepia released in the form of drops or granules. On each package you can see the symbol With a 30 or 200, which indicates the degree divorced the active substance. The higher the number, the higher the concentration of the inky substance.

The dose of the drug needs to find a homeopath according to the indications and individual characteristics of the organism. It is not necessary to self-medicate. The absence of clinical trials does not give a detailed description of this tool. So the consequences can be very unpredictable. If a woman decided to be treated by using homeopathic remedies, then the first step should be to find a qualified specialist.

Homeopaths focus on physiological predisposition to drug action women of a certain type of appearance. In their opinion, a particularly effective tool in the treatment of women asthenic type.

They differ in the following characteristics:

In homeopathic practice, the drug is recommended for use to eliminate climacteric syndrome:

Sepia as homeopathy has the following indications in women of reproductive age:

Despite the lack of evidence of effectiveness of homeopathic treatments, many women successfully continue to practice. Supporters of this technique and does not take away the high cost of drugs. Perhaps the placebo effect plays a crucial role in the treatment. However, supporters of traditional methods of treatment insist on the use of homeopathy as a symptomatic therapy. In any case, the decision should be confirmed by several specialists.