Short cervix in pregnancy: how to prevent pathology

Pregnancy, how easy it is not leaking, requires frequent medical monitoring. No healthy woman is safe from unexpected complexities in the most beautiful period, early detection of which helps to safely carry and give birth to a child. Short cervix during pregnancy is recognized as one of the common causes of miscarriage or premature birth. Under medical control chances to bear and give life to a healthy child significantly increase. 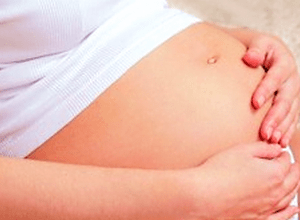 The uterus is an important reproductive organs, consisting of the cervix, isthmus, the uterine fundus and body, it is formed and the child grows. The cervix protects the fetus both mechanically and from the penetration of infection from the vagina. It normally has a cone shape with a length from 3 to 5 cm and a dense texture. Her inner hollow portion is called the cervical canal, where during pregnancy formed tube from mucus, it creates a defense against pathogens.

Dangerous is the shortening of the cervix during pregnancy to 2.5 cm and less. This length is valid only for the term of 38 weeks when the baby is full term, and the uterus prepares to leave.

Why it is short

Short cervix during pregnancy can be due to several factors:

The rate of cervical dilatation may be different. In multiparous women, the cervix Matures and shortens much faster than the first pregnancy. After cervical dilatation up to 2 cm starts the reduction of the myometrium, and runs labors. The cervical canal is stretched enough to it without problems could pass first the head and then the rest of the fruit. The unfolding and stretching of the uterine mouth in childbirth is 10 cm

No special feelings short cervix during pregnancy may not cause, this condition is detected only on ultrasound: 20 weeks or a little earlier, when the fetus begins to rapidly gain weight and noticeable pressure on the neck. Up to this period, the shortening and softening of the cervix is painless for women.

In rare cases, can appear frightening symptoms, which we should address to the doctor. Pulling or cramping sensation in the lower abdomen or in the vagina, increased uterine tone and stronger atypical allocation with blood or without it may point to a shortened cervix and signal the threat of miscarriage or childbirth. The reasons may be different, but sometimes diagnosed with this pathology.

READ  Diclofenac - candles in gynecology inflammation, instructions for use

When shortened the cervix is a congenital disease, which can be determined well before pregnancy by examination chair and ULTRASOUND diagnostics. Low-lying cervix will also notice the gynecologist during examination.

If the cervix shortens to 20 – 25 mm in a period of less than 37 weeks, the weight of the fetus it may be disclosed, provoking premature termination of pregnancy and even rapid childbirth, threatening multiple breaks of the cervix and vagina.

When the pregnancy is at risk of interruption due to the inability of the uterus to hold the growing fetus is called isthmic-cervical insufficiency. Why is there such a pathology, described above.

Another risk for pregnancy with early shortening of the cervix is the opening of access for infections. The fruit at stages of active growth is very vulnerable to pathogenic microflora, which can lead if not to death of it, to malformations. The child may be born with physical defects and disorder of the Central nervous system. And pregnancy can trigger a surge of pathogenic flora. 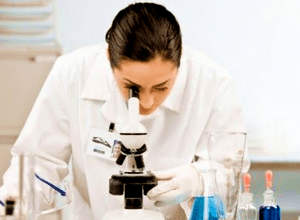 To determine the extent of the real danger necessary to pass tests:

Ultrasound examination of the cervix is indicated in all women at the period of 18 – 21 week (during the second screening). Before that date determining the length of the cervix is impractical. The results of the survey assigned to the therapy and deciding the fate of a woman.

Normal values for the length of the cervix is presented in the table:

Normal ripening of the cervix occurs at term after 37 weeks. To assess the maturity of the cervix may occur at any period of pregnancy. The data presented in the table.

READ  Milk with iodine for abortion

Scale of maturity of the cervix according to the Bishop:

In nulliparous women without rescheduled miscarriages and abortions, the cervix should be closed before 37 weeks. In multiparous women, the cervix can be slightly open and pass the tip of the finger even in the early stages, and it is a normal variant. To treat this condition is not necessary.

How to protect your child 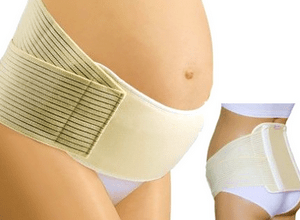 After the detection of short cervix in early pregnancy, doctors perform all the necessary treatments to prolong pregnancy for as long as possible and protect the fruit. If the situation is not critical, and only was a tendency to a shortening of the health is limited to the recommendations:

When the situation is close to critical (the neck is shorter than normal in conjunction with the opening of one finger or more), take special measures to prevent miscarriage:

The installation procedure obstetric pessary is quite simple, takes little time and is performed at the reception in the antenatal clinic. Its main functions aimed at the preservation and prolongation of pregnancy:

Obstetric ring for all its simplicity is very effective, often helping to carry the baby to due. Every 2 weeks a doctor treats a pessary antiseptic.

Sometimes to save the pregnancy can only surgery. The hospital applied operational methods:

READ  Two of the vagina - physiology does not require operations

If water broke, went into labor and started bleeding, the stitches will be removed immediately. Further on the situation: performed an emergency C-section, natural childbirth is either accepted (if the term still small and labor was able to stop) put the pessary.

How to prevent the development of pathology

Not everything in the body depends on lifestyle and pregnancy can provoke the most unexpected processes. However, the concern of women about their health will help to anticipate and resolve problems in a timely manner. The risk of dealing with a diagnosis of isthmic-cervical insufficiency will significantly decrease, if you follow the rules:

A pregnant woman should undergo all the tests, not to ignore the suspicious feeling, to protect yourself from loads of stress and disease, enough rest and eat healthy foods.

Short cervix during pregnancy is not a barrier to pregnancy and birth of a healthy baby. At the twentieth week, when the deviation is detected, it is possible to undertake various actions and to prolong the pregnancy to term where the child would already be considered full-term. From the expectant mother requires compliance with all medical regulations and commitment to positive results, because of excessive anxiety is detrimental to pregnancy, stress or mother or child to see.