Toxoplasmosis in pregnancy: what is the problem

Toxoplasmosis – an infectious disease caused by Toxoplazma gondii, which is especially dangerous during pregnancy. Toxoplasma gondii enters the human body through ingested oocytes (the so-called stage of protozoa sporozoa) lack of processed food and neglect the rules of personal hygiene.

Penetrating into macrophages in the intestine, Toxoplasma gondii through the blood spreads throughout the body. The disease is seldom severe, but toxoplasmosis in pregnancy – a dangerous condition that requires informed decision making about the future preservation of the fruit. 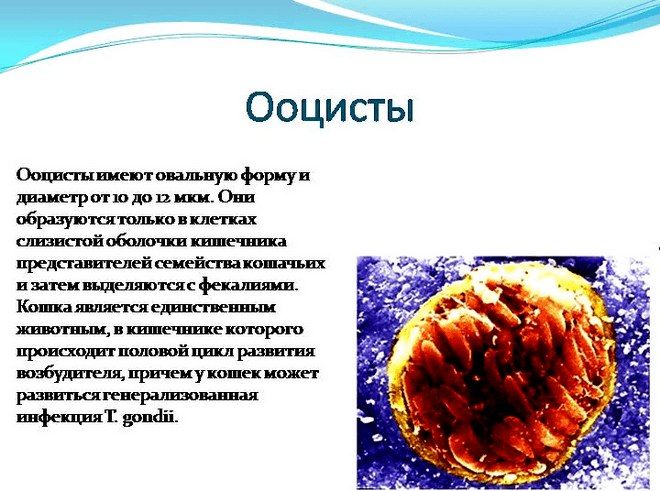 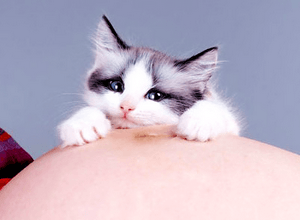 Symptoms of toxoplasmosis in pregnant women in the early stages of the disease resemble the symptoms of acute respiratory disease and easy food intoxication. Toxoplasmosis during pregnancy often occurs in a latent form, which complicates early diagnosis.

Chronic toxoplasmosis during pregnancy is not dangerous, in contrast to the primary infection. The probability of infection by Toxoplasma lifetime is large enough: a third of the population of the planet is a potential carriers of the parasite. Antibodies to Toxoplasma persist in humans for up to 10 years, so women who have had in the past, this disease need not to panic.

Toxoplasmosis during pregnancy is a particular danger in the 1st trimester, when there is an active tab of the fetus.

These are the basic signs of toxoplasmosis. Women with high immunity, the disease may be asymptomatic, so the statement on the account in female consultation is a mandatory condition of TORCH-analysis, which includes analysis on toxoplasmosis in pregnancy.

Toxoplasmosis diagnosed during pregnancy, is no less a threat to the fetus as rubella, herpes and other infectious diseases. Analysis of toxoplasmosis is carried out as early as possible to rule out recent infection.

What is the danger of toxoplasmosis during pregnancy, how is the analysis to identify the infection, will in detail tell the doctor at the first consultation. In the absence of immunity or suspected infection, the doctor may prescribe repeated tests in the second and third trimester.

Transcript analysis will point to a norm or a deviation. Indicators corresponding to the rule confirm the presence of stable immunoglobulin G and lack of class M.

Decoding analysis, as well as to treat the disease, needs specialist. Toxoplasmosis (antibody) it is important to identify when planning a pregnancy. In identifying the disease in the first trimester the woman may face a difficult choice between saving the fetus and abortion. It is the doctor will suggest the right treatment.

READ  Stretched vagina: how to achieve a similar effect

Infection in late pregnancy is not so dangerous, and with adequate treatment the chances of success are great enough. Requires special attention to the treatment of diagnosed toxoplasmosis in women in early pregnancy. The danger of infection of the fetus with Toxoplasma is very high.

The infection leads to such serious consequences as:

In the future, such changes may lead to the birth of a child with a low body mass, defects, and significant deviations in health status.

Despite the fact that infection with Toxoplasma before the end of the first trimester diagnosed in 15% of cases, during this period, the chances of spontaneous abortion are the highest. In most cases, gynecologists recommend abortion, assessing the degree of risk. 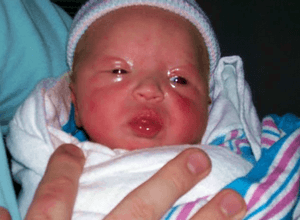 Infection during the second trimester of pregnancy found in 30% of cases. The choice of method of treatment suitable for a highly responsible: it starts after the 12th week of pregnancy.

Among the major emerging complications in the newborn if no adequate treatment note:

The drugs of choice in this disease are:

Treatment the doctor develops individually, taking into account the General state of the organism, individual characteristics.

Treatment of toxoplasmosis in pregnant women is carried out in a hospital under the strict supervision of a doctor and qualified medical staff. Do not self medicate even if a latent form of the disease.

Toxoplasmosis during pregnancy also includes treatment aimed at improving the resistance of the organism and the preservation of the fetus, folic acid supplementation, vitamin-mineral complexes, tools to improve blood flow in the placenta.

The question of the danger of toxoplasmosis for pregnant women, is particularly relevant if the woman is planning the birth of a child. The immunity developed to the disease of toxoplasmosis, saves the woman from unnecessary worries about what you get. But its presence know.

Observing precautionary measures, you can significantly reduce the likelihood of infection with Toxoplasma: