Up to what age are periods in women?

The idea of up to what age are menstruation, hardly visits the young girls. Only if there is an unexpected physiological changes in the body many women associate them with the approach of menopause.

To determine in advance the age duration of menstrual cycle is impossible. However, there are symptoms that may indicate the approach of that period. Age-related changes associated with menopause often cause emotional instability and physical discomfort. Adhering to the recommendations of the gynecologist, this period can survive unchallenged.

Despite the fact that menstruation in almost all women causes physical and psychological discomfort that is accompanied by unpleasant symptoms and reduced social activity, for some it is a confirmation of womanhood, of fertility and fulfillment.

Duration of menstrual cycle ranges from 21 – 35 days. If a woman gets their period 3 to 7 days, it is a physiological norm. Normal physiological indicators also relate to the lack of significant pain syndrome, the large volume of menstrual flow, blood clots.

From puberty and until menopause a woman can get pregnant. However, there are times when menstrual periods may be absent. These include:

With the onset of pregnancy, menstruation stops. Spotting in early pregnancy have no relation to the normal menstrual period and can be a sign of a miscarriage started.

The postpartum period is characterized by the appearance of lochia (normal discharge from the uterus that consists of blood and necrotic tissue). In addition to blood and dead cells, the composition of the lochia is part of the mucus secreted in the cervical canal, and modified areas of the endometrium. Spotting present for 6 weeks, with the most intense observed in the first two weeks. Over lochia after complete healing of the endometrium and restoration of modified areas. If the discharge continues over the deadline, changed their color and volume, then it may indicate a developing inflammation that requires consultation of a gynecologist is mandatory.

Age period, characterized by the complete restructuring of the sexual glands, the physiological changes of all organs and systems, is called menopause. This time falls in the age from 45 to 55 years. However, in some cases, the indicators can fluctuate within 5 years.

The symptoms which indicate the approach of menopause

To predict in advance at what age periods may completely stop it is impossible. But the unnatural appearance of the first symptoms, you can expect the onset of hormonal changes in the body.

The most common symptoms of menopause include the following:

These symptoms are a result of hormonal changes of the female body.

These signs do not always indicate the approach of menopause. Sometimes they can be caused by the emergence of various diseases: hypertension, diabetes, hyperthyroidism, cancer process. Only a full diagnostic examination will determine the cause of physiological change.

READ  Bloating in women after 40, causes

You need to understand that changes in physiology are inevitable in a period of aging of the reproductive system. Every woman carries at its climacteric syndrome. Some age-related hormonal changes are virtually absent at the age of 40 – 50 years. Others, on the contrary, they are so pronounced that the idea that they quickly end, are always present.

How to understand that the observed early period, is completely gone?

If menstrual periods are absent for more than 12 months, then this indicates the onset of menopause.

Sometimes in the later period appear pathological spotting or breakthrough uterine bleeding. Such symptoms may indicate the development of hyperplastic process of the endometrium, the appearance of fibroids or cancer. To determine the cause of the anomaly, conducted histological examination of a tissue fragment of the endometrium. Making sure there is no cancer-process, the physician conducts an additional examination of the body. 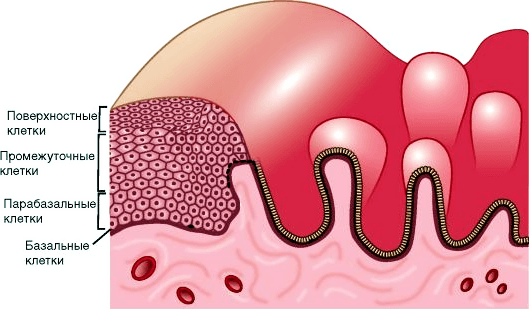 The complex of diagnostic measures includes the following procedures:

Based on the test results the gynaecologist prescribes treatment to quickly ended in abnormal discharge.

The average indicators of age norm among European countries indicate that many see the complete cessation of the menstrual cycle. In most cases, menstruation may cease at the age of 55 years. While the first manifestation of hormonal dysfunction observed with 40 – 45 years.

Sometimes the menstrual cycle ends quickly (up to 40 years). This feature does not always indicate the presence of pathology may be due to a genetic predisposition to the early extinction of the hormonal function of the ovaries. If maternal signs of early menopause, the chance of occurrence of such features at the daughter reaches 70% of cases. To know more detailed information, please, consult a doctor. It will be forecast, at what age should I expect the first symptoms of menopause, how many more years will go monthly.

Excluding the hereditary factor, consider the following causes cessation of the menstrual cycle:

Even young women due to certain reasons can experience all the unpleasant aspects of menopause. Than before have been removed reproductive organs, the more pronounced will be the symptoms. With artificial menopause (after removal of the ovaries) is prescribed hormone replacement therapy until the natural age of menopause (45-50 years).

How to eliminate unpleasant symptoms

A complex of measures aimed at removing the unpleasant symptoms of menopause, involves the following procedures: