Neuroblastoma is a purely «pediatric» tumor, adults, it is not threatened. This malignant tumor originates somewhere at the level of embryogenesis, developing from neuroblasts – embryonic cells of the sympathetic nervous system, which has been appointed to become full-fledged neurons. However, due to various circumstances, the maturation of neuroblasts is disturbed, they remain in an embryonic state, but it does not lose the ability to grow and divide. The presence in nervous tissue of a newborn baby foci of neuroblasts that have not completed their maturation, in many cases have a neuroblastoma.

The unique nature of neuroblastoma

Neuroblastoma in children – most common malignant tumor, it is up to 15% of all registered tumors of the neonatal period and early childhood. Mostly the neoplasia is detected before 5 years of age, although there are known cases of cancer at 11 or even 15 years. The growth and development of the baby the chance to meet this type of cancer process decreases every year.

Meanwhile, not all small clusters of immature cells found in young children to 3 months of life, doomed to become a tumor. The chances of avoiding the development of oncological process, because some pockets of neuroblasts without any interventions begin to spontaneously Mature and become nerve cells.

Perhaps, the share of neuroblastoma among other pathologies of newborns is much higher than indicated by statistics, because this kind of tumor may be asymptomatic, then regress, and no one will know it ever took place if there were no other reasons for an in-depth examination of the baby. This is one, but not the only, feature of neuroblastoma.

The tumor neuroblasts are endowed with amazing abilities, some of them are even difficult to imagine other malignant neoplasms: 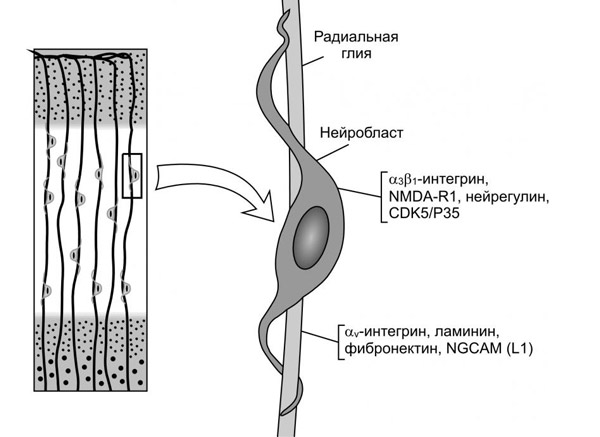 the structure of neuroblastoma

Causes of nessrine germ cells and development, in their place clusters of tumor is still not precisely defined. It is expected that the lion’s share (80%) of all neuroblastoma generally occurs for no apparent reason and only a small part is a hereditary autosomal dominant character.

The likelihood of tumor development from the source of neuroblasts increases with the age of the child. In addition, a number of scientists proved that the risk of having neuroblastoma is higher in children with congenital malformations and immunodeficiency.

The development of neuroblastoma in stages

Stepwise development of neuroblastoma reflected in the various classification systems that are completely incomprehensible to the layman, therefore, in order not to bore the reader, we will try to touch briefly on a modified version of the classification and accessible language to explain it. Thus, similar to other neoplastic processes, to neuroblastoma diagnosis may undergo four stages: 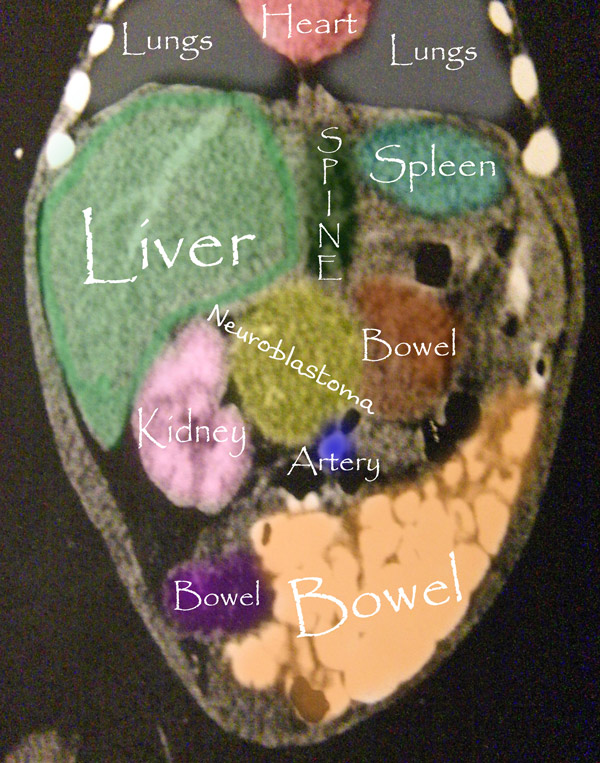 neuroblastoma at any stage is a relatively large tumor 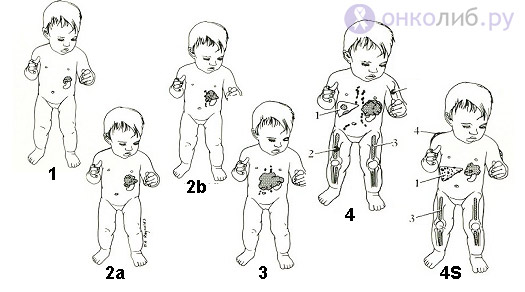 Somewhat out of the General characteristics of stage 4 tumors of neurogenic origin neuroblastoma stage IVS, inherent biological characteristics, are not peculiar to the same diseases, she has a good prognosis and adequate treatment provides a significant survival rate.

Relapsed neuroblastoma in 1 and 2 stages when successful treatment is very rare. To a relapsing course are more likely tumor grade 3, but still neuroblastoma in comparison with other tumors of the wins. Unfortunately, stage 4 relapse not only possible, but highly probable, which further affects the prognosis, which is not very encouraging.

How does this «special» tumor?

At the initial stage of the development process of specific symptoms inherent in tumors, is not marked, therefore, neuroblastoma mistaken for other childhood diseases.

Symptoms of the disease depend on the localization of the primary tumor, areas of metastasis, and the level of vasoactive substances (e.g., catecholamines) which produces a tumor. Most often the primary site of the tumor finds a place in the retroperitoneal space, namely, in the adrenal glands. In more rare cases it is located on the neck or in the mediastinum. 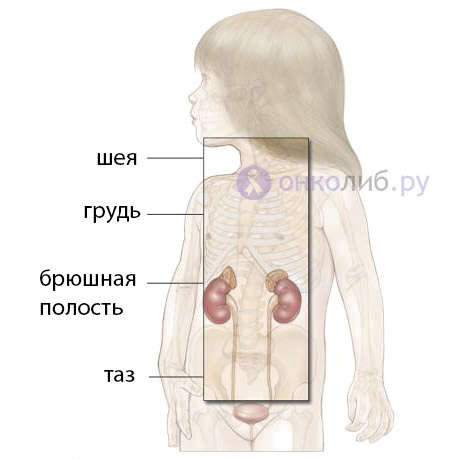 a typical localization of neuroblastoma

The tumor from the tissue of neurogenic origin, arising in the retroperitoneal space, usually grows rapidly and in a short time penetrates into the canal of the spinal cord, forming dense as stone formation, which can be detected by palpation. In other cases, the neoplasm in the retroperitoneal space «leaks» through the hole of the diaphragm from the chest and, in an effort to expand their territory, begins to shift the «neighbors».

Retroperitoneal neuroblastoma (including an adrenal tumor) initially does not have any specific clinical manifestations until it reaches a large size and will oppress the surrounding tissue. To symptoms, allowing you to smell a rat in this region include:

Other localization of the tumor is of neurogenic origin

Neuroblastoma of the mediastinum symptoms of distress in the chest:

The tumor, located in the retrobulbar (zaglaznye, that is, an eyeball) space, though not so common, but I know more about it. This is because the symptoms of neuroblastoma of this localization, as they say, is obvious:

READ  Cancer of the gallbladder and ducts: symptoms, treatment, prognosis

The behavior of the tumor and its clinical manifestations at the stage of metastasis depend on what body it has directed its screenings: 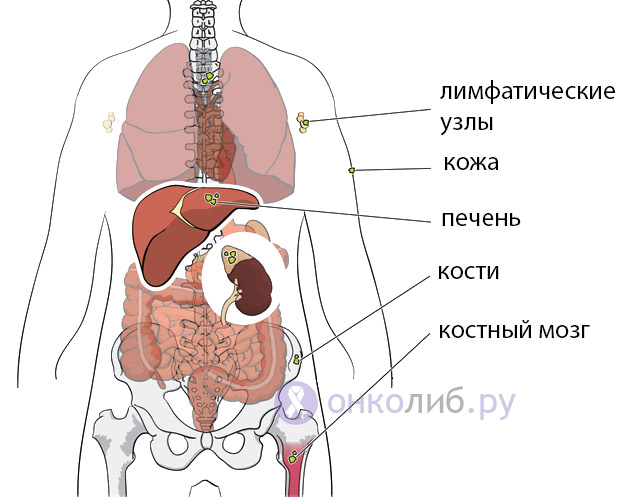 where do most metastatic neuroblastoma?

How to recognize a neuroblastoma?… 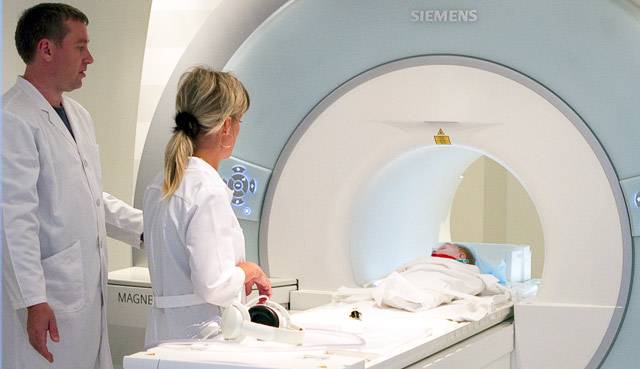 For diagnosis first turn to the possibilities of clinical laboratory diagnostics, which includes:

Other methods to diagnose neuroblastoma include: 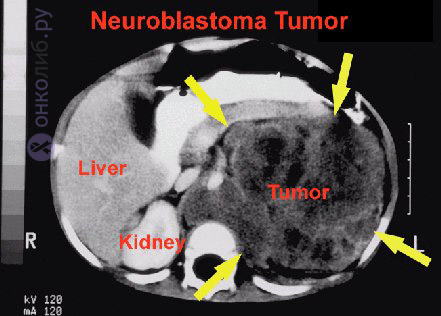 neuroblastoma on the scan picture

Suspected distant metastasis poses the problem of immediate and careful study not only bone marrow but the bones of the skeleton. For this purpose use methods such as R-graphy, radionuclide scintigraphy, drepano and aspiration biopsy, CT and MRI.

…And then how to treat? 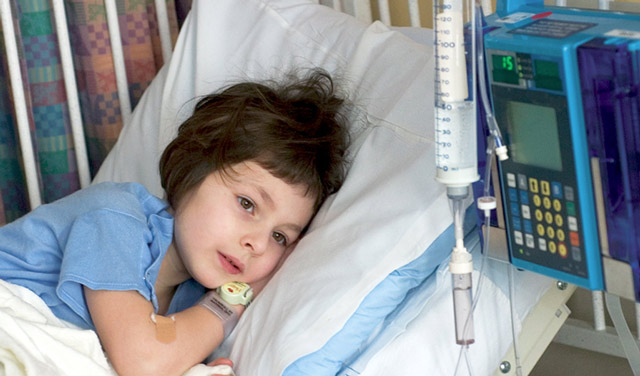 Treatment of neuroblastoma is included in the responsibilities of a wide range of professionals involved in Oncology (oncologist, radiologist, surgeon). After reviewing all the features of the tumor, they jointly develop tactics of influence on neoplastic process, which will depend on the forecast at the time of diagnosis and on how the tumor responds to the event. Thus, treatment of neuroblastoma may include the following steps and methods:

Of course, the success of treatment depends on the stage of the disease. The use of a radical method in the beginning of tumor development (1 article) gives hope for a complete deliverance from disease. However, this does not absolve the kid and his parents from scheduled doctor visits and conduct the necessary research with the aim of preventing relapse, which, though extremely rare, but it happens.

The probability of full recovery is not ruled out in phase II, provided successful surgery (article 2A) with advanced chemotherapy treatment (article 2B).

Effect on the tumor, which reached the third and, especially, stage 4, difficult. In these cases, more hope rests on the status of the clinic, its geographical location and equipment availability, as well as the qualification and experience of specialists.

As for the future stage 4 neuroblastoma, the treatment preference is given chemotherapy prior to surgery (primary tumor) and after it. And then – as God will send.

The most exciting question: What is the prognosis and how to prevent the disease? 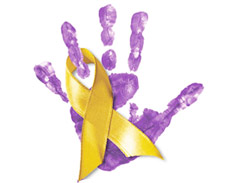 To forecast is very important the age of the child. Parents infant toddler (up to years) can always count on a favorable course of the disease. In other cases, a time of relative prosperity depends on the location of the lesion and its stage. Found on the first or IVS stage of the tumor gives more hope than the other extent: 90% of children live more than 5 years, further indicators are reduced: with 2-3 stage a chance to live five years have 70-80% of young patients, stage 4 releases five-year term 40-70% of children (60% are children under one year of age). With regret it should be noted that in medical institution the kids, having already 3 or even 4 stage of the disease.

Any specific recommendations and advice on the prevention of the development of this tumor in advance to give it is impossible, because the causes of its occurrence are still unknown, with the exception of family predisposition. But here it is clear, if close relatives were diagnosed with this pathology, pregnancy planning is very desirable to involve genetics, perhaps it will help to avoid tears and excitement associated with the birth of a child.