Targeted therapy in cancer treatment, in Oncology, the drugs

Treatment of malignant tumors is a complex process for the practitioner and for the patient. Many throw up their hands, someone simply does not believe in the efficacy of traditional medicine, and someone to perform the surgery is impossible. Doctors around the world are struggling with the problem of effective treatment of cancer, the diffusion of which becomes akin to the epidemic. The constant search for new methods of therapy and hard work allowed the researchers not only to identify the molecular mechanisms of tumor growth, but also to find a way to influence them – the so-called targeted therapy. The use of targeted drugs is considered a real breakthrough in modern Oncology and allows to hope for a quick victory of humanity over cancer.

Targeted therapy in Oncology has been applied relatively recently, but has already proven itself very effective and promising method of treatment. The basis of this approach is focused on the impact of certain targets, which are endowed with tumor cells. A similar effect of antibiotics on different microorganisms, but if the microbes have a certain set of genes, the tumor cells from the same patient constantly undergo mutations and changes, so the search for targeted drugs in Oncology poses a significant challenge.

The application of this kind of treatment is possible only after establishing the exact molecular characteristics of the tumor, or the efficacy of the drug will be minimized. This fact explains the impossibility of applying the same medication in all patients with the same form of cancer, because each tumor is unique in a biological sense. The focus of action, which determines a small number of patients who will be effective a specific drug that affects the price: the treatment of this kind is very expensive and is not available to all.

How does targeted therapy?

Targeted therapy means targeted effects on the tumor, receptors, DNA, and other structures, thereby slowing or stopping the growth and reproduction of cells tumors. This action determines the high efficiency of treatment.

Targets for targeted drugs can be:

The target of the action of targeted agents are most likely to be proteins responsible for tumor growth, progression and formation of metastases. Blocking factors and molecules responsible for cell division, leads to stoppage of growth, and an obstacle to the development of blood vessels contributes to the disruption of the blood supply to tumors, whose cells lack oxygen and nutrients. Stimulation of natural programmed death helps to remove mutated cells, which can be a source of cancer growth.

The chemical composition of targeted drugs may be antibodies or so-called small molecules.

Antibodies are proteins to surface receptors of cancer cells, they are very specific and are obtained by immunization of animals, most often mice, similar to how getting a vaccine against an infectious disease. In order to make this antibody had an effect in the body of a sick person, you need to undergo a series of genetic manipulations, otherwise foreign protein can be rejected. Often, the active fragment of the protein obtained from mouse «embedded» in human immunoglobulin to protect it from the natural immune response from the patient. Such a long and complicated way of obtaining preparations of antibodies explains their high cost. 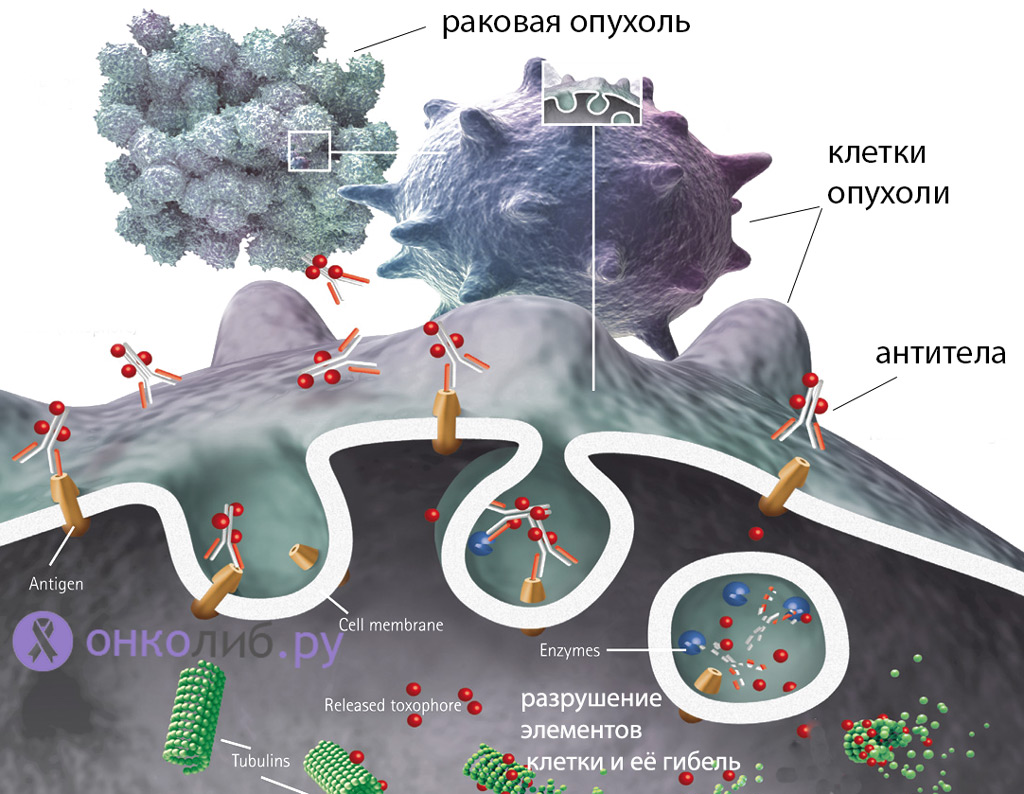 Small molecules are prepared in the laboratory by chemical means, they are able to pass through the membrane into the cell and affect a variety of target proteins, DNA and RNA, etc. the Penetration of such drugs into the cell allows their use in different types of tumors, and in tumors of the Central nervous system, this approach serves as a way of preventing the growth of cancer metastases to other organs. The possibility of obtaining small molecules by chemical synthesis determines their greater accessibility and lower cost compared with antibodies.

Like any other method of treatment, targeted therapy has its own advantages and disadvantages.

The main advantages of the method can be considered:

As mentioned above, targeted therapies are targeted to specific molecules of the tumor, so the effectiveness of such treatment is extremely high. Chemotherapy drugs, even the most modern, inevitably affect healthy cells, so side effects can not be avoided.

Targeted therapy aimed purely at tissue neoplasms virtually no effect on other organs, and therefore the probability of such painful side effects are kept to a minimum.

Chemotherapy often requires finding the patient in the hospital under the supervision of specialists not only because of the possibility of dangerous adverse reactions, but also because of the need of administration of drugs by infusion. Targeted drugs are available in pill form, so they can be carried out at home. Moreover, this treatment does not require changing the traditional way of life, and many patients retain a high degree of activity and even continue to work.

The combination of targeted therapy with other cancer treatments (chemotherapy and radiation effects) does not lead to a worsening of the summation of adverse effects, but significantly increases the efficiency of the disease as a whole.

The disadvantages of targeted therapy can be considered the high cost of drugs, due to the complexity of their production, the need to perform complex molecular-genetic study of each patient for the selection of effective means of treatment as well as the impossibility of the use of certain drugs in a wide range of patients, as occurs in chemotherapy.

Indications for use of targeted therapy 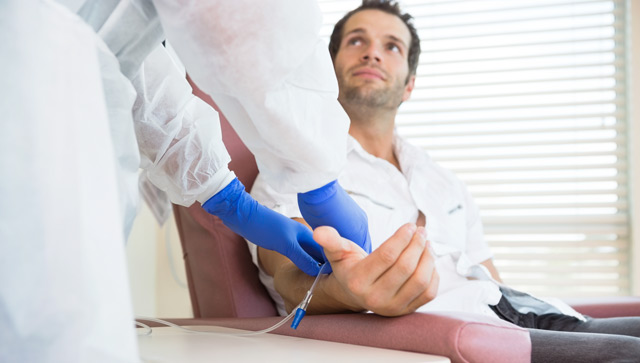 Targeted therapy is usually administered to:

It is worth noting that targeted funds will stop tumor growth, but not to its complete disappearance. However, the translation of cancer into a chronic form – a highly desirable goal oncologist, because with such a chronic process, the patient is able to live more than one year, and medication will hinder not only the tumor but also its metastases.

The main drugs in targeted therapy

To date, more than 10 types of targeted therapies have successfully passed clinical trials and is used by oncologists to treat tumors. About a hundred are being tested and quite possibly in the next few years will appear in the pharmaceutical market. 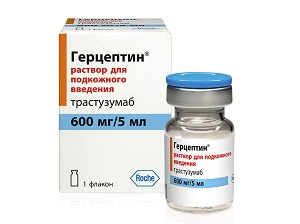 One of the first molecular action of drugs were Herceptin, which targets the molecule, growth factor, leading to an increase of the tumor. This factor (Her 2) actively produced by some varieties of breast cancer so Herceptin is used to treat breast tumors. It is important to determine in advance whether the cells are sensitive to a specific neoplasm to the drug, as not all types of cancer is able to develop Her 2. In patients receiving Herceptin the survival rate of patients has increased by about 40%, which proves its high efficiency. 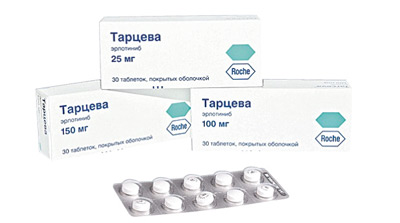 Tarceva (erlotinib) is the most popular drug, which can be used in many types of cancer – lung, kidney, esophagus, pancreas. Erlotinib is also effective against melanoma, which has a high sensitivity to chemotherapy, in principle.

When kidney cancer can be assigned to sorafenib contributing to not only halt tumour growth but also improve the patient’s condition, alleviate the symptoms of the disease.

Tumors of the kidneys, liver, colorectal cancer, melanoma mostly require surgical treatment or irradiation, is known as chemotherapy do not lead to a significant improvement, but targeted therapy effective against these tumors.

The study of the molecular basis of tumor growth has allowed to create medications targeted to cancer cells without significant effect on the rest due to its low toxicity. Research scientists don’t end there, because not only is it important to stop the growth of tumor, but also to destroy it completely. Undeniable progress in this area and to expand the Arsenal of anticancer agents inspire hope that cancer will be defeated in the near future.