Bone resorption; that it is a token of destruction, diagnosis and causes

One of the recurring processes in the human body — bone resorption. The term refers to the process of destruction, resorption and degradation of the bones that are part of the remodeling of the skeleton to strengthen and age formation.

In some diseases, such as osteoporosis and osteopenia, by a preponderance of this process on the restoration, is the pathological decrease in bone mass that results in injuries and fractures.

Mechanisms of destruction and creation

The main participant of the process of destruction of the bone — osteoclast, polinuklearna the macrophage, which is formed from monocytes of blood. Cage is large and at least 15-20 nuclei. In a functional zone adjacent to bone, the osteoclast forms a ruffled edge, consisting of a spiral membrane with a large number of cytoplasmic folds. 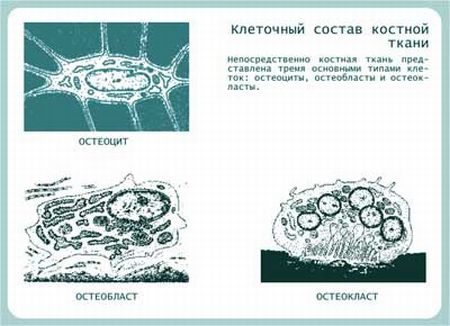 After attaching to the site of the bone tissue of numerous lysosomes, located in a corrugated region, is beginning to evolve hydrolytic enzymes that dissolve the mineralized tissue and decomposing organic matrix.

Later connect other cells — macrophages and monocytes, triggering the processes of phagocytosis and chemotaxis, removing all waste and pathogens. Additionally cells produce cytokines that stimulate the activation of collagen and the degradation of the protein matrix.

Osteoclasts dissolve minerals and matrix up to a limited depth, causing the destruction of the records of the osteon. For some reason, stops the activity of the cells is not known, presumably the result of the impact released from the matrix of high concentrations of calcium and other substances.

After the process of resorption in the formed cavity arrive pluripotent stem cells, which form osteoblasts. Starts the restoration of the destroyed area.

With the birth of man in the structures of the skeleton is constantly being upgraded bone two consecutive processes: the destruction of old and formation of new cells mineral matrix.

At an early age this process ensures skeletal growth and strengthening of bone tissue, which reaches its peak mass by the age of 25-30.

Before this age the update of bone tissue predominates over resorption, for this reason, increasing the mass of the skeleton. After reaching bone maturity these processes come into balance. Gradually there is a shift of balance is destructive processes begin to surpass recovery.

Resorption of the bone and has additional value for the body — regulates levels of calcium in the bloodstream, 99% of which is concentrated in bones.

With a significant decrease in the level of this element in the body parathyroid hormone stimulates the formation of osteoclasts, which are in the process of destruction release calcium. In the opposite case, when the level of calcium in the body is exceeded, the processes of resorption are suppressed by the hormone calcitonin.

Resorption of the bones becomes pathological, when the ravages of cells greatly predominate over the recovery. There are two types of pathological bone resorption: local and higher.

Local resorption is triggered by local inflammatory consequence of trauma or infectious lesions. 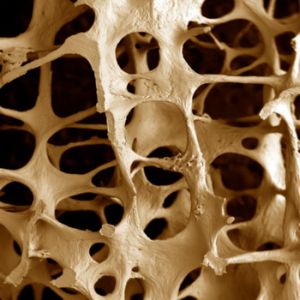 In this case, are activated by cytokines, growth factors and prostaglandins that trigger destructive mechanisms in problem areas.

Increased bone resorption is a serious pathological process that is systemic and manifests itself in different areas of the skeleton.

The reason for the increased destruction are the metabolic disorders in the bone structure that are characteristic of the disease:

To accelerate the destructive processes can lead to long-term use of medications, particularly corticosteroids and anticonvulsant medicines.

Regulation of bone resorption depends on the systemic and local factors that stimulate and inhibit the destructive process of action. 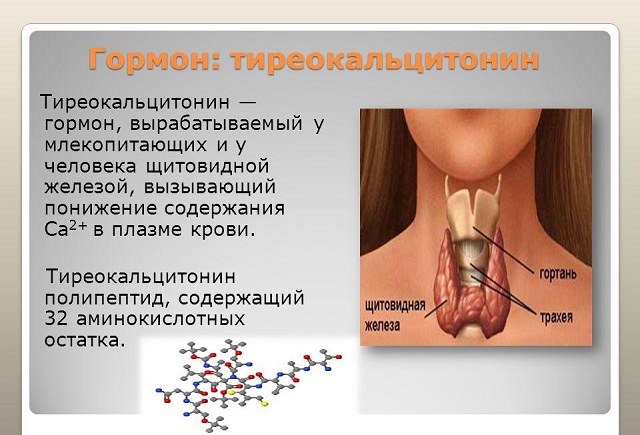 Objectives and methods of diagnosis

Diagnosis of metabolic and pathological States of bone tissue has several directions:

To obtain an accurate clinical picture about the ongoing changes in the structures of the skeleton need a comprehensive examination, which includes medical history based on patient interviews.

Markers of the activity of osteoclasts

Reliable markers of bone resorption activity of osteoclasts — the breakdown products of bone matrix components that are not contained in other tissues of the organism and not influenced by endocrine factors. All these requirements correspond to: 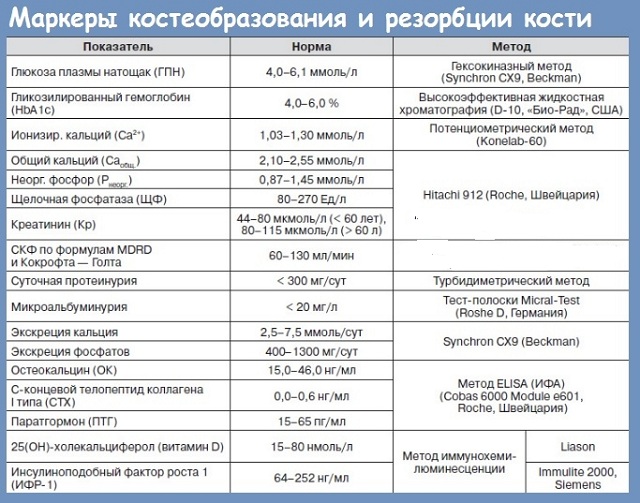 Markers of bone resorption — significant parameters all the changes in the structures of the skeleton. They are highly specific and their rapid appearance in the urine and serum, are the earliest criteria in diagnosis.

The reasons of acceleration of process of destruction

Increased bone resorption constant companion pathologies such as osteopenia and osteoporosis. Both diseases

are characterized by long development and course of asymptomatic, complicating diagnosis in the initial stages.

To accelerate the destructive processes in the structures of the skeleton can result in:

According to statistics, over 50% of women prone to accelerated bone loss after 50 years, and for men that figure is 20 %.

As can be seen statistically in a greater risk is the female gender due to hormonal changes during pregnancy, lactation, unstable menstrual cycles and menopause. All these cases are characterized by acute estrogen deficiency and may directly or indirectly cause increase in bone resorption.

A strong external sign of lack of estrogen in the body is the non-carious lesions of teeth in the form of erosion, increased abrasion or wedge-shaped defects. In all these cases, you may see a significant loss of tooth tissue, accompanied by sensitivity to cold or heat.

Destruction of teeth is an external alarm, indicating destructive processes in the structure of the skeleton and a reason for an immediate visit to rheumatologist and endocrinologist.

To start the regulation of bone resorption must, as soon as possible upon detection of primary signs. The process of violations increases over time, and achieve an optimal balance in the bone remodeling will be much harder.