Disease Keller: features of treatment of osteochondropathy in adults and children

Osteochondropathy represents a number of diseases that occur in avascular necrosis.

This process develops in spongy bones. Aseptic necrosis of the proceeds chronically and often leads to microfractures, which are complications.

Developing osteochondropathy effects on the organism of various factors: traumatic, metabolic, congenital and so on.

What is the Keller disease?

The disease is a kind of osteochondropathy.

It occurs in two forms – a disease of the Keller I and II.

This classification depends on which bones are affected.

In the first type of aseptic necrosis developing in the navicular bone, which is located in the center of the foot.

In the second type process is developing in the heads of the metatarsal bones. They, in turn, are located in the base of the toes.

The Keller disease is a disease that usually affects children and adolescents, but in adulthood it can develop.

Which leads to the development of pathology?

The reason for the development of avascular necrosis in these bones, as with other forms of osteochondropathy, is a violation 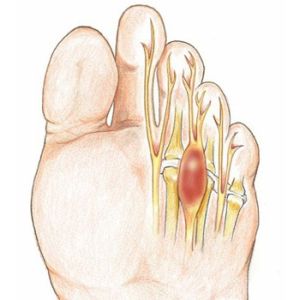 of blood circulation in the affected area.

The cause of circulatory disorders has not yet been studied.

It is only known that can affect this process:

Pathology of the navicular bone

Let’s talk more about this form of the disease. As mentioned above, when illness Keller 1 the process is localized in the navicular bone of one or both feet.

This disease is characteristic for children from 8 to 12 years, while more common in boys.

READ  Spikes (osteophytes) on the heels: treatment of folk and traditional media

The disease starts on one side, but may be affected at the same time the navicular bones of both feet. Disease manifests itself Keller I the swelling and edema that appear on the inner edge of the outer surface of one foot.

These phenomena are accompanied by pain, worse while walking.

For this reason, the child begins to spare his leg, he moves with a support on the outer edge of the foot. Attentive parents may also notice a limp caused by pain.

These symptoms persist quite a long time – from several months to a year or more. 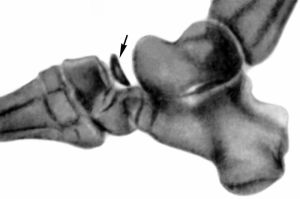 The disease is usually treated conservatively by unloading of the forefoot and creating conditions for immobilization, that is, immobility. On the leg superimposed plaster bandage.

As a rule, the duration of wearing a cast is four weeks.

After removing the plaster cast of motion of the affected legs should be limited for some time.

When a unilateral lesion is allowed to move with the support of the crutches. It is strictly prohibited outdoor games, running, jumping.

Also apply physiotherapy and heat treatments. Children recommended wearing orthopedic shoes or insoles. This is necessary to maintain the correct shape of the foot. In severe cases, resort to surgical treatment of this disease.

During surgery to the navicular bone to form two channels, which then will sprout new vessels. They are necessary to improve the nutrition of bone tissue.

As a result, the affected bone is quickly restored and the pain gone. After the operation prescribed physiotherapy.

With early diagnosis and timely beginning of treatment complications is practically not observed. The disease ends in recovery of the child.

In the absence of proper attention that occurs when a major attitude problem, there could be a violation of the form of the navicular bone. And this, in turn, leads to flat feet.

Prevention of disease development Keller I possible. You must choose the right baby shoes, shoes have to be orthopedic.

In addition, children under seven years of age should not get a high physical load. Special closely monitor their children should parents, in the family which have met cases of this disease.

If the affected metatarsal

As mentioned above, the illness of Keller II strikes the heads of the metatarsal bones. 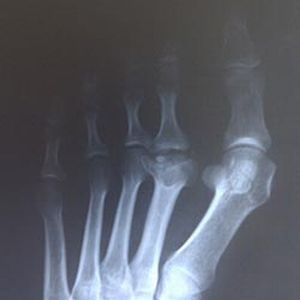 Aseptic necrosis most often occurs in the head of the second or third bone.

The cases are quite rare lesions of multiple bones.

Typically, the disease affects girls and adolescents aged from ten to twenty years.

There may be family history of the disease.

Onset is usually subtle. The site of the lesion (usually the base of the second and third fingers) the pain appears while walking and later at rest.

The girl has a marked limp. Particularly painful is walking barefoot or in shoes with thin soles on a rough surface.

Then, on the dorsum of the foot at the level of injury there is swelling.

When palpation determined enlarged and painful the head of the metatarsal bone. After a time there is shortening of the adjacent metatarsal bone of the finger movement in the joint becomes limited.

The pain may last approximately two years and then go. Without treatment, pain can resume.

The treatment of this disease, as the disease köhler I, involves immobilization of the affected limb by applying to it a plaster cast.

The overlap of gypsum depends on the amount of lesions, duration of the disease. Usually a plaster cast is worn 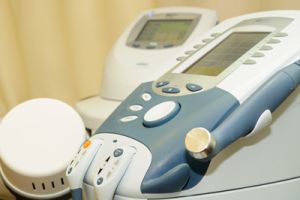 for three to four weeks. After its withdrawal it is also necessary to avoid excessive loads on the foot, to wear orthopedic shoes or insoles.

Additionally patients prescribed physiotherapy. For example, iontophoresis. Good therapeutic effect has a massage of the muscles of the foot and ankle, therapeutic exercises.

Can also be used analgesics. Surgery produce only in the later stages of the disease.

Complications of illness of Keller II usually occur in late beginning of treatment. It may be microfractures, deformation of the joint involved in the process, a violation of his motor functions.

Prevention of the disease and its complications includes avoiding excessive loads on the lower limbs, wearing comfortable and proper shoes, the timely detection of endocrine diseases and their treatment, and timely treatment of aseptic bone necrosis.

READ  A meniscus tear of the knee: causes, symptoms, treatment

Treatment of illness of Keller 2 folk remedies make use of warm baths.

To prepare the solution needed in warm water to dissolve from 150 to 500 grams of sea salt. After this the foot falls in the tub for 20 minutes. Then the feet are rinsed and wiped dry.

This simple method allows to reduce the intensity of pain. But traditional methods of treatment can alleviate the condition, but for a complete cure requires complete immobilization of the foot.

So the disease Keller is a condition that can develop in people at any age, but often affects young body.

Factors affecting the occurrence of aseptic necrosis, quite a lot. However, the main of them are an unnecessary burden on the feet and the wearing of uncomfortable, incorrectly selected footwear.

Also important is genetic predisposition, which influence, of course, impossible. But to follow what is child can.

This is the main way to prevent this disease. This should be remembered by every parent who wants his child to grow up healthy.

It is also important to promptly contact their doctor for diagnosis and receive adequate treatment.

After all, it will soon cure the disease conservative way so that no negative consequences. Early treatment will also help to avoid surgical treatment, which is carried out only in the later stages of the disease.