Microdiscectomy: rehabilitation and reviews after surgery

The spine is a peculiar, built of 33 vertebrae – the small bony structures.

All vertebrae consist of the vertebral body and arch, which is attached to the rear.

Each element of the spine to unite with her «neighbor» with the help of the intervertebral disc.

Intervertebral disc – cartilaginous formation, serving as the connective tissue between the vertebrae. Also performs the function of cushioning the motion of the spine, ensures its elasticity and flexibility.

Intervertebral hernia is a condition in which due to damage of the spine and increase pressure on the connecting elements, there is a rupture in the outer tissues of the intervertebral disc and the «leakage» of its internal content.

The lack of treatment of herniated discs, especially in its advanced forms, can result in serious illness and disability.

The most gentle and easy for the patient by eliminating the disease is the microdiscectomy — invasive surgery to remove herniated discs and eliminate pressure on the spinal nerve or the spinal cord.

The operation is carried out with the mandatory use of microsurgical instruments and an operating microscope. In this bone tissue are not affected, and the incision is almost no trace remains.

Polozhitelnym aspects of the operation can be attributed to its short (10-30 minutes) and short duration of stay in hospital: 2-4 days, and possibly less.

Microdiscectomy is the most frequently performed in the lumbar or cervical spine.

Lumbar surgery in case when the hernia is large or conservative treatment has not given results.

It is necessary to eliminate the pain in the lower extremities (sciatica) due to compression of the nerve root, but also to prevent paralysis, which can be formed due to the pressure on the spinal cord.

There are cases of violation of the bladder and/or intestines due to the effect of the herniation on the nerve bundles. In this case, as shown microdiscectomy.

In cervical spine surgery is performed in order to relieve pain, which appeared due to the influence of a hernia, hypertrophic ligaments or bony outgrowth on the spinal cord and nerve roots.

Due to the anatomical features of the spine in the neck area, along with a microdiscectomy can be performed stabilizing surgery to stop friction between the vertebrae, which connect the affected disk, and restore the original distance between them.

Preparing for the intervention

Preparation of the patient for the operation is as follows:

In order to give the anesthesiologist the most comprehensive picture of chronic diseases, and particularly allergic reactions, it is best to prepare and gather all the information in advance.

The progress of the operation

Depending on the put of the spine the procedure is done differently.

First, an incision is made in length, 2-4 cm in the area of the affected disk. Then, using special instruments relegated to 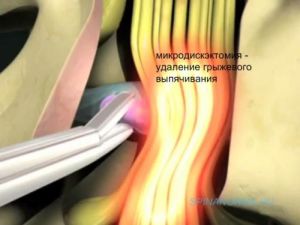 the side muscle is removed and the yellow membrane covering the nerve roots.

For a detailed overview of nerve fibers used operating microscope.

After all obstacles pushed aside, the removal of tissue of the intervertebral disc from under the nerve roots.

Further, a laser irradiation of disk space that is required for accelerating the recovery processes, as well as avoid recurrence. The completion of the operation is the suturing the incision.

Incisions made on the anterior surface of the neck. All the muscles and organs that prevent access to the vertebrae, also be pushed aside without cuts or damage.

Further, there is a hernia, the affected disk. However, this operation ends in very rare cases. Most often after the removal of damaged tissue is stabilization of the spine, which is a «replacement» remote cartilage graft or native bone tissue of the patient.

After the stabilization is also carried out suturing of the incision. 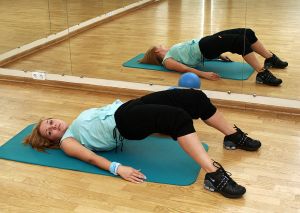 Once your operated away from the anesthesia he recommended to just stand up and walk.

It is necessary that the vertebrae «back in place» and to give him (spine) flexibility and prevent the formation of scar tissue at the site of the operation.

After surgery in the lumbar spine is recommended 1-2 months to wear semi-rigid corset, cervical – cervical growdigital.

Proceed to non-physical activity is possible after 1-2 weeks, physical 3-4 weeks.

Although postoperative pain is slight and bearable, all the same after a microdiscectomy and can be given medication for pain and antibiotics are required to prevent inflammatory processes.

In the period of rehabilitation after microdiscectomy is prohibited too long, make sharp bends, torso twists, stretch, lift weights (more than 3 kg). Some experts forbid up to 6 weeks after surgery.

Strictly forbidden during the recovery period to get behind the wheel of the vehicle. This ban can only be removed by the attending physician.

When carrying out a microdiscectomy as well as in the postoperative period, complications are rare, but occur:

The likelihood of relapse in the first year after surgery is 5-10%.

The cost of the procedure 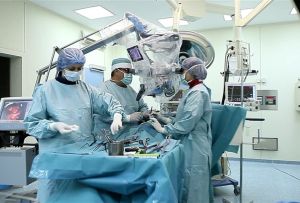 In the specified price range usually includes a medical examination with necessary tests, the operation and observation in the hospital (if any) in the postoperative period.

In other cities the prices are somewhat lower:

The prices are introductory. The specific cost of the operation is determined in each case separately.

READ  Arthritis of the fingers - causes, symptoms, treatment of joints

They have gone through the procedure

Testimonials from patients who have undergone microdiscectomy, give the opportunity to conclude that after the operation, they felt relief and reduction of pain in the spine.

Did this operation, because the other choice was not simple – hernia 9 mm in the lumbar spine resulted in paralysis of the foot. After surgery, the pain immediately stopped and this is a huge plus.

However, I believe that surgery is an extreme case. And the price bites.

Suffered a hernia for 6 years, tried everything: massage, chiropractic, medication. The result was, but after some time it came back, sometimes worse than before.Then decided on surgery. The pain disappeared instantly. Restored normal rhythm of life for about six months. Just try to avoid undue stress and doing special exercises for the spine.

Quite a long time suffered pain in the lower back with the impact in the leg and numbness. Regularly went to the hospital for a course of injections and IVS, but the result is not too impressive.

The doctor advised microdiscectomy and I agreed. After surgery it turned out that I forgot how it is to live without pain.

Pleased with the care and attention in the hospital. 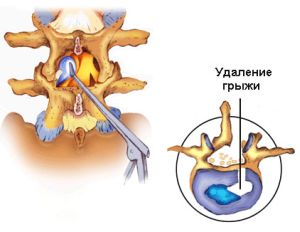 According to statistics: every 10th patient suffering from a herniated disc, needs surgery. Of course, to alleviate or even cure this disease in its early stages is possible by means of conservative method, however, it will take a lot of time and patience.

Therefore, those who can’t wait that long to agree to surgery.

And the most effective and safe surgery for removal of a herniated disc today is a microdiscectomy.