Osteoarthritis of the wrist and small joints of the hands: treatment and symptoms

Osteoarthritis of the wrist joint are quite common disease. It can occur in people of any age, so do not think that it is a disease only of older people.

Most prone to osteoarthritis of the wrist and small joints of the hands people who perform repetitive motion for example: athletes, builders, people whose specialty is closely linked with the computer (typing).

Can occur disease and injury, endocrine disorders in the body.

Arthritis can develop gradually, for example, a professional when the joints of the hands are constantly subjected to a certain load. Or may develop because of an injury.

Traumatic arthritis is characterized by joint pain and stiffness. Limited lateral movement in the joint, and at first they are barely visible. The swelling at first may not be present.

For correct diagnosis it is necessary to conduct an x-ray.

What could be the cause of the breach

The most common causes of osteoarthritis of the wrist joint and small joints of the hands are: 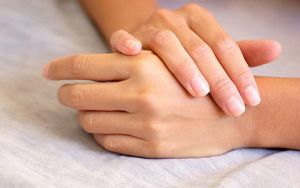 Predisposition more common in women over the age of 50, but can occur in men, depending on the profession.

Osteoarthritis develops gradually and has three stages of development:

The characteristic symptoms of the disease 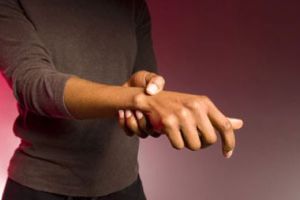 Patients report a crunch in joints at movement of the hands, slight stiffness and weakness of individual muscle groups, pain in the joint after exercise.

In addition to this there is a deformity of the fingers and the related muscle wasting. Can appear muscle contractures.

Osteoarthritis of the hands affects the distal and proximal interphalangeal joints. The pain manifests itself at certain points.

Arthrosis can affect any part of the hands:

It all depends on where most was sent to the negative impact. For example, office workers who print a lot may show signs of arthrosis of the joints of the hand.

Signs of arthrosis of the radiocarpal joint:

The symptoms of osteoarthritis of the hands:

Diagnosis is carried out as follows:

The goal of treatment, primarily to remove the root cause of the disease, and therefore should:

For this purpose, such methods of treatment of arthrosis of the wrist and small joints of the hands:

In extreme cases, the doctor may recommend surgery, but this measure is very rarely used, mostly treated conservatively. 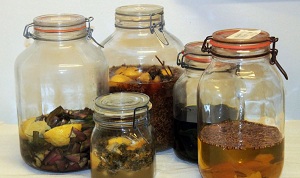 Before treatment of osteoarthritis of the hands folk remedies, consult a doctor.

Such methods, especially the techniques of infusions, inside can turn to a patient’s negative consequences. So do not skimp on treatment if the diagnosis has been made, and it is better to go to the hospital.

The chances of recovery

If the disease is not launched and is not passed to the third stage, the recovery of the patient possible. However it will take place slowly.

If violations of the cartilaginous tissue noticeable, it can only suspend the process, to relieve pain.

In serious cases, the doctor may suggest the surgery.

The disease can cause the following complications:

In addition, people will not be able to perform their duties, in extreme cases, possible disability.

The prevention of the disease

Prevention should reduce the load on the affected area. In addition, it is necessary to improve restoration of damaged cartilage with nutrition.

In addition, to improve the condition of the joints should:

The more attention will be paid to the prevention of disease, the greater the chance that the disease will pass by. Any disease easier to prevent than to treat.

Arthritis is very dangerous disease that not only prevents perform their professional duties, but also to lead a normal life, to do housework. Stop disease before she stopped you.