youthful idiopathic scoliosis 1, 2, 3 and 4 of the degree: the complexity of the treatment

What is idiopathic scoliosis and what are its characteristics?

Idiopathic scoliosis is a common form of spinal curvature, 75% of cases occur in this type.

Presumably, this is a single disease with common causes of development, as evidenced by similar clinical picture.

Based on the localization of pathological changes in idiopathic scoliosis is divided into:

For rapid manifestations of symptoms distinguish the following types of diseases:

Why is there a violation?

The term «idiopathic» implies that the exact cause of disease is not established. This is the complexity of the treatment. 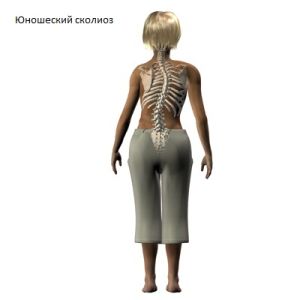 In some cases the only effective method is only surgery.

Clinical researches have allowed to detect in the bone tissue of the vertebral column multiple structural and chemical changes. However, evidence that the scoliosis is caused by these changes, not found.

Was conducted research of a hormonal background of patients, which was detected malfunctions of the pituitary-adrenal system and adrenal cortex.

Some scientists believe that the process of development of idiopathic scoliosis trigger disorders of the nervous and endocrine systems.

Increasingly hereditary nature of the disease, but the mechanisms of this pathology have not been studied. The disease most often affects girls than boys.

The manifestation of the disease

The main symptom of the disease – deviation of the spine from a straight line to the right, left, back or front plane.

Curvature usually affects the surrounding vertebrae, and of which an arc is formed. Its vertex is called the median point.

To maintain equilibrium, the body begins to form the second (compensation) arc pointing to the bulge in the other direction. Scoliosis in the spinal column can be formed from two to four arcs.

In scoliosis, the vertebrae often turn around its axis, which can be determined by deviation of the spinous processes of adjacent vertebrae from a straight line. This condition is called torsion.

In severe scoliosis before and behind the thorax may appear to bulge, known as a rib hump.

With mild scoliosis, external signs almost none. The patient may complain of pain in the region of the spine.

Outwardly observed the unequal spacing between the individual ribs. X-ray examination shows the spine’s deviation from the norm is not more than 25%.

Severe form of the disease is accompanied by the following signs:

In severe form, may form spinal hump, thoracic sections of the spinal cord protrude while ago. Externally well visible formed by the spine at a sharp angle.

Diagnostic procedures include inspection, survey of the patient and x-ray diffraction study. The survey determines the presence or absence of pain, their location and character.

Based on the results of the survey treatment.

The degree of curvature

Idiopathic scoliosis klassificeret depending on the angle of curvature: 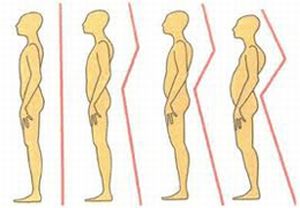 The first two degrees are considered light, the internal organs thus is not broken. Threat recognized third and fourth degree, followed by compression and by changing the location of the bodies.

The treatment of the disease is complicated by the difficulty of establishing the cause of the curvature.

Idiopathic scoliosis is difficult for non-surgical methods of treatment. For best effect, use a hard mechanical impact on the spine (wearing a corset). In some cases the situation can be improved only operation.

Tactics of treatment depends on the type and degree of curvature. If the deflection angle is up to twenty degrees, is assigned a systematic observation of the orthopedist and the passage of x-rays every six months. 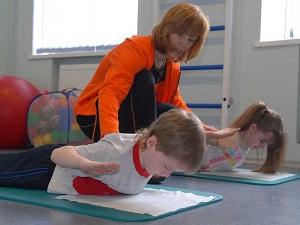 Also shown are physiotherapy, massage, yoga, physiotherapy, water aerobics. If the pathology continues to progress, chosen other methods of influence. Conservative treatment is indicated when the curvature of forty.

In the more severe forms of scoliosis appointed surgery. During the operation, a special system is connected, are fixed in the vertebrae and straightening the spine.

But the operation is very complicated, what you can see on the video:

With the progressive curvature of the spine change the location of the bodies is their deformation. First of all, affects the heart, lungs and major vessels.

Change can be so devastating that the patient after some time becomes invalid: developing lung and heart failure, which can result in death before the age of 45 years.

Due to severe curvature of the spine there may be paralysis – this occurs due to the compression of the spinal cord.
The patient developed pulmonary fibrosis, congestive bronchitis, hepatitis, gastritis, peptic ulcer disease of the gastrointestinal tract and other dangerous complications.

READ  Bone resorption; that it is a token of destruction, diagnosis and causes

It is better to prevent than to treat

The prevention of scoliosis should be conducted with the first days of baby’s life.

The main thing in the treatment of idiopathic scoliosis – timely treatment for medical help. The earlier a child receives therapy, the more chances of a favorable outcome.

Running stages of scoliosis can lead to very negative consequences, such dangerous complications such as heart disorder, lung disease, hepatitis, etc. to Assess the severity of the disease and prescribe effective treatment can only a doctor.