Poisoning and overdose of barbiturates

Barbiturates can help a person with depression, emotional turmoil, increased anxiety. However, long-term use of sleeping pills causes a pathological addiction. The condition is extremely dangerous to human life, it may cause serious neurological problems. Poisoning with barbiturates is a signal to call a doctor and provide medical aid to the victim.

Barbiturates – drugs derived from barbituric acid that depress the Central nervous system. The therapeutic effect is directly dependent on taken dosage. It can be mild sedation or deep anesthesia, can trigger a coma.

A calming or sedative effect of barbiturates at the moment has lost its relevance. Long-term use of drugs causes addiction and drug dependence after several months of regular intake. 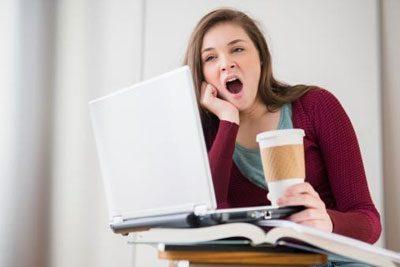 For decades, barbiturates have been widely used in drug therapy of various neurological disorders. This popularity is based on a wide spectrum of action of the constituents of medicines. All drugs have the following properties:

Barbiturates ceased to be used as hypnotics after the improvement of diagnostic techniques. It turned out that they cause sleep is superficial, without the proper sequence of the main phases. Waking up, the person feels tired, exhausted.

It is scientifically proven that after prolonged ingestion of barbiturates in humans, irreversible mental disorders, there is a tendency to suicide. In case of overdose, abuse or poisoning by drugs disturbances of coordination, emotional instability, lethargy, constant drowsiness. Dependence on barbiturates sometimes cause full or partial disability.

Get rid of the addiction is possible only with the help of a doctor. If a person has to take the luminal or thiopental, he has a condition similar to drug withdrawal pains. 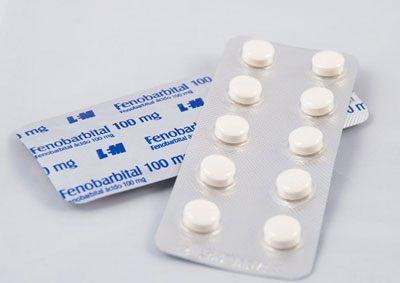 When the diagnosis of intoxication it is important to establish the main toxic effect of the drug. And for first aid need to know the duration of the main component. On the basis of the barbiturates are categorized as follows:

Addicts and alcoholics often use barbiturates to enhance euphoric state, as well as eliminating withdrawal. In these cases there is intoxication in the result of incompatibility of chemical substances, the cumulative inhibitory action on the Central nervous system or liver.

The mechanism of toxic action of barbiturates

Barbiturate overdose can be intentional or accidental failure to comply with physician recommended dosages. Once inside the bloodstream, the drugs reduce the functional activity of the brain. Disturbed regulation of all vital systems, developing coma, oppressed breathing.

Intoxication with barbiturates is extremely dangerous in the elderly. Age-related changes contribute to the reduction of memory – old people forget that already took the pill, and realize re-appointment. You should store the drugs in an inaccessible location, independently to give to relatives pills.

People with poisoning feels no pain, it decreases the sensitivity of your fingertips, disappear tendon reflexes. As suction of barbiturates in the blood increase, symptoms of intoxication: 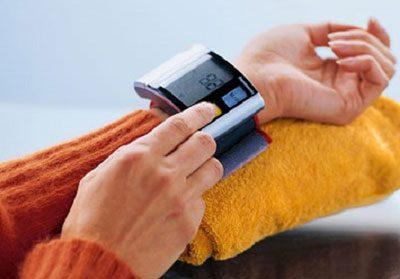 Often develop acute renal failure caused by disorders of regulation, a decrease in functional activity of the urinary system. Within the bloodstream accumulate a large amount of toxins, toxic compounds and metabolic products.

Poisoning by phenobarbital occurs on the background of the resulting dependencies. Antiepileptic drug previously used to treat insomnia. After a month of regular use of powders or tablets in a patient there is a strong addictive and the state of withdrawal after discontinuation of medication. At the moment, the luminal is on a rigorous quantitative accounting of retsepturno-industrial departments of pharmacies.

Phenobarbital is part of the popular sedative drops of Corvalol and valokordin. Elderly to no avail to treat their heart disease. The result of this therapy is the emergence of drug-addiction, overdose, poisoning.

You should note that the risk of poisoning increases with parenteral solutions for injection. This form of drugs requires a careful calculation of the optimal dosage. The excess, the substance can trigger a coma or death.

When using barbiturates for the treatment should be aware of the cumulative properties of chemical compounds. The ability to accumulate in tissues may play a cruel joke. The use of minimal doses of luminal or its equivalent will create the effect of an increased concentration will cause dangerous poisoning. 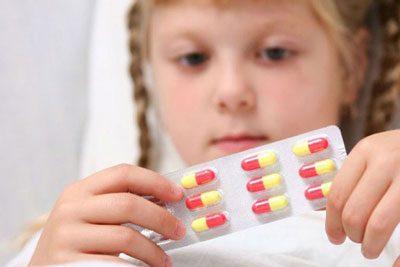 The severity of symptoms depends on dose, duration within the bloodstream, mechanism of action of barbiturate. The elderly and children are at risk due to increased vascular permeability and a low body resistance. If a strong young man, the excess dosage will cause a short sleep, then the baby is the amount of the drug will provoke a severe coma.

If one member of the family uses sage or other barbiturates, it is necessary to keep medicine bottles out of reach of child. Young children are extremely curious – a neat box with colorful pills are able to attract their attention.

The clinical picture of poisoning for a variety of different stages of intoxication. The collection of symptoms specific to each stage requires its own methods of detoxification therapy, produces certain complications.

READ  Enterosgel: instruction for use for children with vomiting and diarrhea

At this stage of the poisoning, the concentration of barbiturates in the bloodstream is negligible, risk to human life no. For the stage of sleep characterized by the following symptoms: 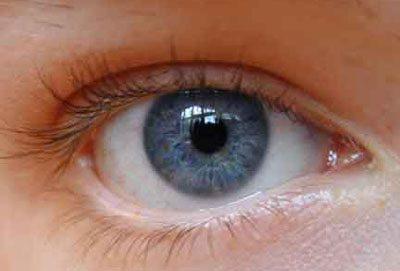 The person experiences a pleasant feeling of relaxation, calm, there is euphoria, drowsiness. Motor, tactile, tendon reflexes are intact. If further excess dose will not occur or the patient will be assisted at this stage, the person will regain consciousness in a few hours without any consequences for the body.

Quantitative determination of barbiturates in blood increases significantly. The renal excretion of drugs is substantially reduced due to violations of the processes of regulation. Capacity do not have time to filter the blood with the formation of metabolites. On the stage of superficial coma in humans, there are signs of poisoning: 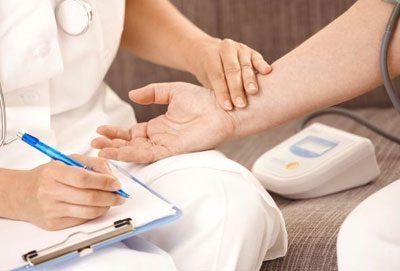 You should closely monitor the victims on the stage of superficial coma. The probability of opening of the vomiting. A throw of particles of undigested food back into the esophagus life-threatening, as it provokes respiratory arrest.

At this stage the man may be the outward signs of allergic reactions. Rashes, redness, swelling localized on various parts of the body.

A characteristic feature of this stage of poisoning is the ability to respond to painful stimuli.

At this stage there is total absorption by tissues of barbiturates. The poisoning progresses, and the victim falls into a deep coma. Depending on health status, age, number of sleeping pills it can take from 24 to 72 hours. In the absence of medical care in the majority of cases coma ends with death. When the diagnosis in humans, identified the following signs of intoxication: 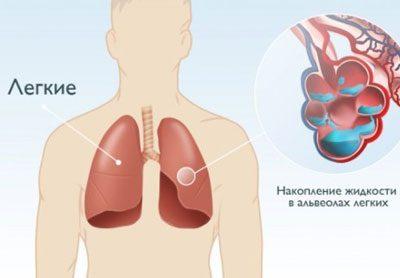 Reflexes the victim completely absent after a short time may develop pulmonary edema. Regulation of all systems of life is missing, nerve impulses are not conducted to the brain and not come from him. Cardiac and respiratory provoke a lethal outcome.

After the release of comatose state the person must be under the supervision of medical staff. He developed severe depression, motor excitement due to cancellation of barbituric drugs. In addition to the emotional instability, the patient had been numerous complications that require long-term treatment:

After the poisoning in many patients is reduced functional activity of the urinary system due to the long absence of regulation. Decreases the tone in the inner lining of the bladder. The person begins to involuntarily allocated urine, breaks down the process of urination.

Coming out of the coma, the person may lose some motor functions. This happens after a long stay in a horizontal position, in which the nerve trunks have been severely squeezed. Develops swelling of the limbs, under the action of the poison is the breakdown of muscle fibers.

How to help the victim of barbiturates 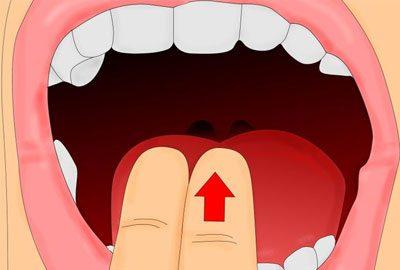 Addicted person to barbiturates or preparations in which they are included, will sooner or later lead to overdose and poisoning. It should be remembered that independently of coma people don’t come. It is urgent to call a doctor for administration of antidote. Aid will provide the following activities:

This emergency aid will help to hold the victim until a doctor arrives. In the treatment of poisoning using fast-acting diuretics, saline solutions with glucose, the antidote. If necessary, the patient connected to the ventilator, carry out hemodialysis.

Qualified neurologists tend not to use the barbiturates for the treatment of patients for various reasons. But first and foremost is the development of severe drug addiction after a few weeks of use. Euphoric state from the drug often becomes the main culprit of overdose and poisoning.