The impact of exhaust gases on humans

In the course of human development accompanied by the growth of population and consumer needs, development of light and especially heavy industry and vehicles, in the surrounding human atmosphere is a big release a variety of chemicals. Exhaust fumes from running vehicles account for about 90% of total contamination.

Car exhaust is a combination of two or three hundred chemical compounds that are considered to be quite harmful. They are obtained by the combustion of various automotive fuel and depart into the open atmosphere.

According to statistics, on average, one car emits per day about one kilogram of various toxic and carcinogenic substances. Moreover, such substances can accumulate and remain in the environment for up to 5 years. The exhaust gases bring obvious harm to human health, vegetation, animals, and soil and water resources. 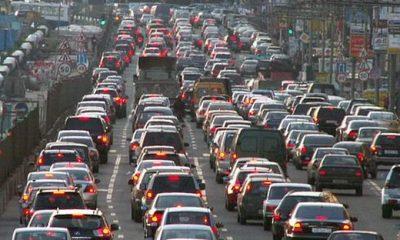 Exhaust gases have the greatest negative impact on the body of people in the big cities, especially while in long hours of traffic jams, in the areas of highways and major road junctions.

When the physical and chemical characteristics of these air emissions exceed the allowable concentration, such exhaust gases have a significant negative impact on human health. At increased risk are drivers, especially those on buses and taxis, as well as people who very often are in many kilometers of traffic jams on the roads during rush hour traffic.

More harmful is the effect of cars, engines which run on diesel than on petrol or gas, produces a greater amount of soot.

Exhaust emissions are directly on the internal organs of respiration, and younger children far more than adults. This is because the highest concentration of emissions is at face level with young children.

The composition and volume of exhaust gases that pollute the atmosphere

The exhaust emissions of different fuels, may have such harmful elements: According to statistics, trucks and buses produce more exhaust gases than cars. This fact is directly related to the mode and volume of internal combustion engines of cars.

It is important to remember that the exhaust from cars is almost 90% contamination of the total volume of air surrounding the man. One car only able to supply air to one kilogram of such harmful compounds.

The impact of exhaust gases on humans

Due to the content in exhaust gases of vehicles are harmful and even poisonous substances, as well as a constant action of these elements on human organs, they can cause the development of acute and chronic diseases.

For respiratory disease characterized by the following:

For cardiovascular system characteristic of such disease: For nerve cells is characterized by the development of such violations:

Chemical compounds that is in the composition of the exhaust gases, in particular heavy metals, are characterized by the ability to accumulate in the body. Thus begins the slagging of the organism with subsequent development of serious diseases.

The largest amount of toxins present in the exhaust gases when the engine is running at idle and at slower speeds. In these two modes is a bad fuel burnup and waste of unburned fuel components in quantity more than ten times the emissions standard vehicle mode.

The degree of effect on the human, the components of the exhaust gas can be divided into five groups: The development of science and technology, which allow to improve the comfort of people’s lives, in addition to benefits, brings harm, such as exhaust gases from vehicles. Death from exhaust gases is uncommon and is considered to be the result of improper handling of the car.