How the body fights food poisoning

How the body fights food poisoning

Any acute poisoning is a danger for the human body and health. Loss of electrolytes, fluids, intoxication, irritation of the digestive system – with this we have to face our body with the development of acute foodborne illness. The treatment of these pathological conditions should be aimed at maintaining the body in its fight against toxins. In this article we have tried in simple words to tell you how the human body fights food poisoning, what defense mechanisms it triggered by contact with the digestive system of toxins, poisons, pathogens.

Mechanisms for dealing with toxins

Food poisoning develops as a result of eating poor quality, expired or spoiled food. The strength of the response of the organism and the severity of symptoms and the clinical manifestations depend on the quantity eaten, as well as the weight and age of the patient. The important role played by the protection of the body of the patient.

You probably noticed that by eating the same foods, the symptoms and severity of the disease at poisoned people may differ, and someone they won’t appear at all. Below, we have considered mechanisms that protect us daily and help to recover more quickly the food poisoning. 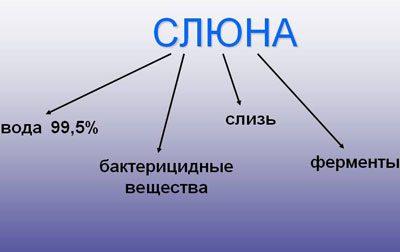 In the composition of saliva have enzyme lysozyme. Its main function is to protect the oral cavity from dangerous and pathogenic viruses, bacteria and fungi. At the same time it is able to neutralize some toxins can come to us with food.

The production of saliva plays an important role in digestion. It liquefies and makes a homogeneous consumed us food, helping the passage of eaten through the esophagus into the stomach. Neutralization of toxins in the saliva is negligible, but it helps us to avoid frequent and daily light nesvarenie stomach.

The composition of gastric juice is potent hydrochloric acid. It is able to neutralize and destroy a large number of toxins and pathogens entering the digestive cavity, together with food.

According to scientists, it is this acid mankind has not died from food poisoning in the era of the lack of antibiotics and other modern medicines. Gastric juice protects people from 95% of food poisoning. But the toxins that it cannot handle, and cause all known symptoms such as nausea, vomiting, diarrhea and abdominal pain. 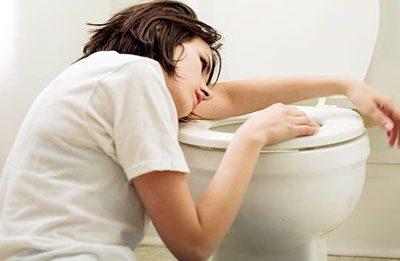 Nausea is the first signal a person about a problem in his system, about a possible poisoning. Most commonly, it occurs suddenly, amid a normal state of health.

With vomiting, the stomach tries to get rid of substances irritating his mucosa. Vomiting can safely be called a major protective mechanism by which our digestive system tries to prevent strengthening of intoxication. It can be compared with the tearing that occurs when hit in the eye a speck of dust.

Vomiting may develop in humans, not only because of irritation of the gastric mucosa. Some intoxication accompanied by severe brain damage, which provoked the vomiting center. This vomiting does not bring relief and can develop without previous nausea.

Vomiting can be not only useful, but also dangerous to humans. Only the first emetic episodes useful and remove toxins from the digestive cavity. All the following lead to dehydration, electrolyte shift, and acidosis.

The food poisoning toxins partially leave the body with feces. The stool becomes more liquid, develops diarrhea. To help this process with a cleansing enema.

Remember, profuse diarrhea with intestinal infection does not help the conclusion that bacteria from the intestines. This condition can lead to dehydration and death, the patient needs proper medical treatment. 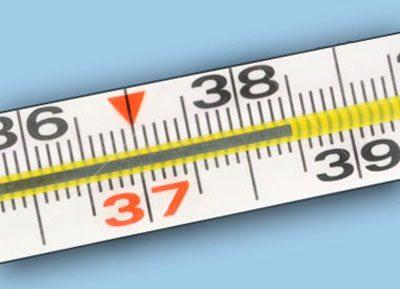 The temperature increase during intoxication is also a defense mechanism. Cells of the immune system aktiviziruyutsya and try to destroy pathogenic toxins and bacteria trapped in the body along with food. During this process, the observed hyperthermia.

READ  Is it possible to take Suitable antibiotics

When poisoning the food, the temperature rises only in severe course of the disease, and it does not exceed 38 degrees. Also slight hyperthermia can be a symptom of acute gastritis – inflammation of the mucous membrane of the stomach.

Temperature rise above 38 degrees in case of poisoning with evidence of intestinal infection or an acute viral disease. Treatment of these conditions should be under medical supervision.

Treating mild food poisoning can be performed at home. All medicines are assigned to the primary care physician who also prescribes the sick list. But the poisoning is severe, accompanied by severe intoxication, require skilled and emergency care.

Below are the symptoms, the appearance of which indicates immediate emergency: 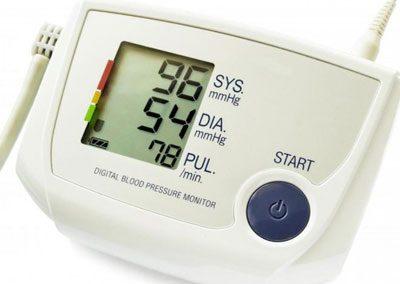 Our body helps us fight off food poisoning. There are many mechanisms that can protect a person from serious intoxication. Nausea, vomiting, diarrhea and fever – the process that helps to recover. The person needs to help your body to heal without hurting him with unnecessary drugs. This can be done only through treatment under the supervision of a qualified doctor.