Laser radiation and its influence on the human body

Positive and negative influence of laser radiation on the human body

Laser radiation is highly directional forced flow of energy. It is continuous, one power or the pulse, where the power periodically reaches a certain peak. The energy is formed using the quantum generator laser. The energy flux is an electromagnetic wave, which extend parallel relative to each other. This creates a minimum angle of dispersion of light and some precise direction.

The scope of application of laser radiation

The properties of laser radiation allows its use in various spheres of human activity:

The application of laser in medicine 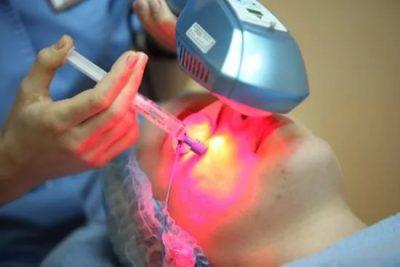 Laser radiation in medicine – a breakthrough in the treatment of patients requiring surgical intervention. The laser is used for the production of surgical instruments.

Undeniable advantages of the surgical treatment laser scalpel is obvious. It allows you to make a bloodless incision of soft tissues. It provides instant spikes of small vessels and capillaries. During use of such a tool surgeon sees the operative field. Laser energy flow splits at a certain distance with no contact with internal organs and blood vessels.

An important priority is to ensure absolute sterility. Strict direction of the rays allows to perform surgery with minimal trauma. Rehabilitation period of patients is much reduced. Faster returns the disabled person. A distinctive feature of the use of a laser scalpel is a painless postoperative period.

The development of laser technologies has allowed to expand opportunities of its application. Was discovered properties of laser radiation have a positive effect on the skin. Therefore, it is actively used in cosmetology and dermatology.

Depending on its type, the human skin differently absorbs the rays and reacts on them. The devices of laser radiation can generate the desired wavelength in each case.

Ophthalmology is the first industry, which used laser radiation. Trends in the use of lasers for microsurgery of the eye: 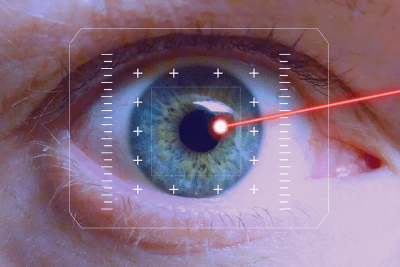 Laser irradiation is used in cancer of the skin. The most effective laser for the removal of melanoblastoma. Sometimes the method used to treat cancer of the esophagus or rectum stage 1-2. In case of deep tumor location and metastases of the laser is not effective.

The risks posed by the laser man

The influence of laser radiation on the human body can be negative. Exposure can be direct, diffuse and reflected. The negative impact is provided by light and thermal properties of the rays. The degree of damage depends on several factors – length of the electromagnetic wave, the location of the impact, the absorption capacity of the tissues.

Most exposed to the laser energy eye. The retina is very sensitive, so often happen her burns. The consequences are partial loss of vision, irreversible blindness. The laser source is an infra – red instruments emitters of visible light.

The symptoms of lesion of iris, retina, cornea, lens laser: 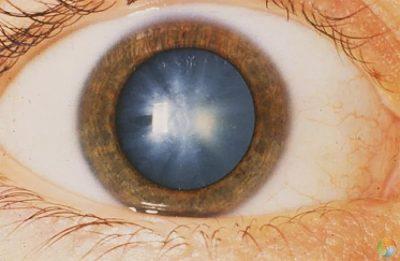 The irradiation of moderate intensity arise thermal burns of the skin. Contact the laser and skin temperature rises sharply. The boiling and evaporation of intracellular and interstitial fluid. The skin becomes red. Pressure ruptures tissue structures. Appears on the skin swelling, in some cases, intradermal hemorrhage. Later on the burn appear necrotic (dead) areas. In severe cases, charring of the skin occurs instantly.

A distinguishing feature of the laser burn – clear border of skin lesions, and bubbles are formed in the epidermis, not under it.

Treating skin lesions in the affected area, it becomes insensitive, and the erythema appears in a few days.

Laser radiation of the infrared spectrum can penetrate deeply through tissue and affect internal organs. The specificity of a deep burn is an alternation of healthy and damaged tissue. Initially, when the rays of the person does not feel pain. The most vulnerable organ is the liver.

The effects of radiation on the body causes functional disorders of the Central nervous system, cardiovascular activity. 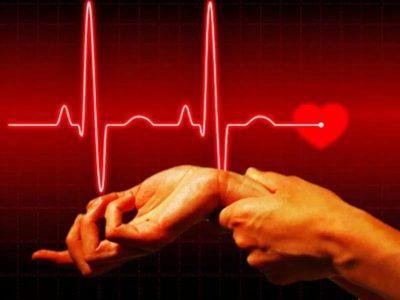 Precautions and protection from laser radiation

Most at risk of exposure are those whose activity is connected with the application of quantum generators.

In accordance with sanitary norms of the laser beam is divided into four hazard classes. For the human body, the danger is the second, third, fourth grades.

Another protection from the laser. It includes the following tools: goggles against laser radiation, protective covers and screens, a set of workwear (technological gowns and gloves), lenses and prisms reflecting rays. All employees on a regular basis should undergo preventive medical examinations.

The use of laser in everyday life, too, is hazardous to health. Improper operation of the light pointers, laser flashlights can cause irreparable harm to humans. Protection from laser radiation provides simple rules: 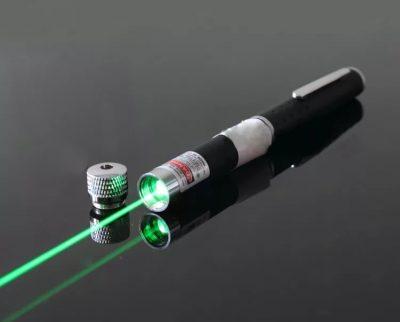 The action of the laser, depending on the modification of the emitter is thermal energy, photochemical and mechanical. The greatest danger is the laser direct radiation, with high intensity, narrow and limited focus of the beam, high density radiation. To dangerous factors that contribute to getting exposure, is the production high-voltage, air pollution, chemicals, intense noise, x-ray radiation. Biological effects from laser radiation are divided into primary (local burn), and secondary (nonspecific changes as a response of the whole organism). It should be remembered that the thoughtless application of home-made lasers, light pointers, lamps, laser flashlights can cause others irreparable harm.