Poisonous berries, fruits and plants found in the forests of Russia

Poisoning by toxic plants on the territory of the Russian Federation are very common. Most susceptible to intoxication children who eat the attractive, juicy, but very dangerous fruit. To distinguish the poisonous berries from the edible must be able to every.

Poisonous berries of Russia can be found in forests, at coasts of the rivers, the lawns. Experienced foresters know to collect only those fruits that are familiar to them. For unfamiliar species, as well as suspicious-looking berries, it is better not to touch: they can cause not only severe poisoning, but death within a few days.

Some poisonous berries in the woods can cause intoxication of children by eating 2-3 fruits. Adults need 15-20. 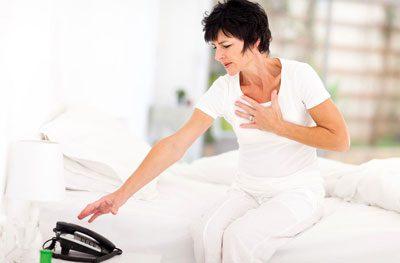 Dangerous also is the juice of the shrubs, which once on the skin, may cause irritation, redness, itching and blisters.

Common symptoms that indicate poisoning are:

Despite the innocuous appearance, many poisonous berries cause severe damage to the body and can cause death.

Not to collect and try a strange fruit taste. Arriving at the forest with a small child, you need to control what plants he eats, and not to let him go alone.

If the terrain is not familiar before her visit, you need to inquire, to ask local people or to read special literature to find out what edible and poisonous berries for her peculiar.

To avoid intoxication, you should collect only the ripe berries to avoid when cooking the green parts of the plant or not eating them at all. In addition, you shouldn’t use a little-known berry crops in pregnancy, during lactation, and to children up to 14 years.

Most often, poisoning by plants, the fruit of which is poisonous, is the cause of their obscurity.

If within a few hours after eating are characteristic symptoms occur such as fever, upset stomach, diarrhea, retching, cramps should immediately contact the medical facility. 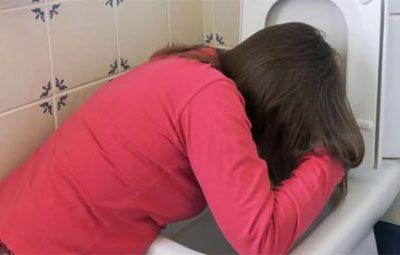 The patient must be calm, keep warm, wait for doctors or to take to a medical facility.

Most of these measures can help to cope with the poisoning. However, when it comes to children, medical help is vital: children’s bodies are harder to cope with intoxication. Fruit of the poisonous plants can cause severe consequences, including a negative effect on the psyche.

This dangerous plant is widespread in all corners of Russia. There are many varieties of the shrub, is considered to be the most toxic four-leaf, which grows in deciduous and mixed forests.

These poisonous berries are only a flower, a fruit on top of the stem, four large leaf, long stem, which contain the poison acting on the brain.

Toxic considered the whole shrub, including the leaves and root system. 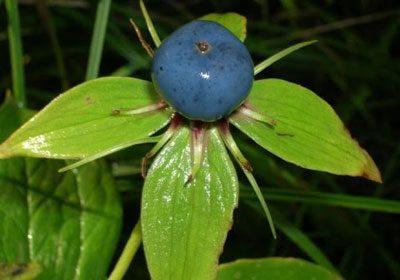 Berry bushes are very beautiful black, shiny, resembles the eye of a crow. But the Bush is very dangerous, can provoke convulsive disorders, disorder of the heart and lead to death. Eating the root crow’s eyes, can cause severe vomiting and cardiac arrest.

Signs of poisoning are:

Toxic substances contained in the shrub, causing inflammation of mucous surfaces of the mouth, nose, esophagus, and digestive tract. In some difficult cases, possible paralysis of the respiratory system, respiratory arrest.

Voronet is often used in alternative medicine as a laxative and emetic, as well as for external treatment of wounds.

Voronet is an edible berry or not? The most toxic are the berries: if you eat 2 fruits a baby can die. Accidentally poisoned fruit not: they taste very bitter and smell bad. 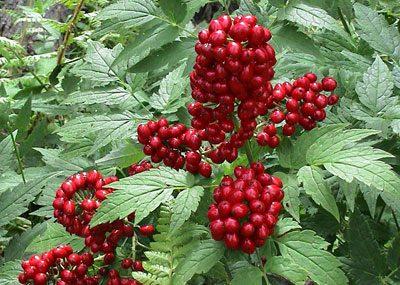 Of the poisonous varieties of plants can be noted phoenicea and black spike-like Voronet.

Phoenicea is a perennial shrub with thin stems, grows in the European part of Russia. Long oval fruits during ripening change green color on white, then turns reddish.

Spike-like shrub has black fruits, is widespread in Western Siberia, as well as in Europe.

Signs of poisoning are:

Evergreen shrub, reaching a length of 1.5 meters. In the spring, blooms are light pink or white colours which is closer to the fall becomes fruit with seeds. Looks like a barberry. You can meet these poisonous plants in the woods. 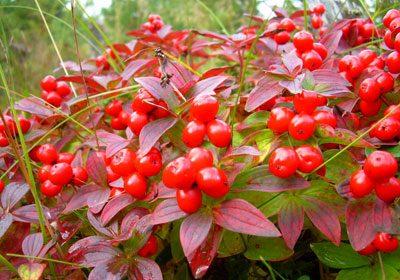 All part of the wolves bark are considered toxic. Special risks are berries, which when used in quantity more than 5 pieces it is possible to provoke a lethal outcome.

In contact language, the SAP can cause burning and blistering. Skin contact with poisonous berries provoke bleeding. If the juice of a Bush gets into the eye, can cause corneal ulcer.

READ  Insulin and alcohol: consequences of combined use

The symptoms of poisoning wolf bast are:

In severe cases, poisoning can lead to cardiac arrest.

Lily of the valley 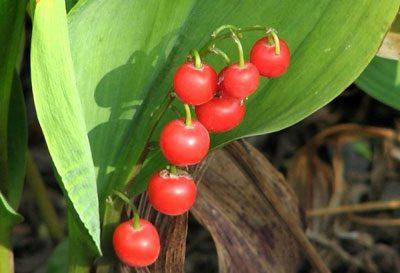 A perennial Bush with bright flowers in the form of bells. In late spring – early fall on stems appear poisonous red berries, which feed on predators. To meet Lily in damp, dark areas, riparian forests.

The whole plant is poisonous, the berries especially. Despite the fact that of Lily of the valley produced various medications used in the treatment of heart disease, berries are easy to poison, especially in children.

When poisoning occurs, the patient pain and noise in the head, constriction of pupils, slow pulse. Some feel a convulsive twitching of arms and legs.

Elderberries smelly belongs to the family caprifoliaceae. Small in length, a plant that grows to 3 m, has a small red fruit, in which – bone. The berries and leaves contain the highest amount of toxins.

Particularly dangerous are the immature fruits. 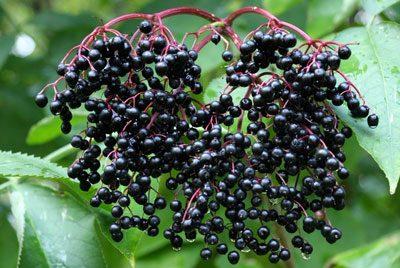 Poisonous berries can cause poisoning, manifested by symptoms:

The use of plants may cause cyanosis of the extremities, failure of heart rate, its acceleration and deceleration, shortness of breath, seizures. Elderberry is often the cause of death from heart failure.

Otherwise the name of a plant is deadly ordinary. Refers to the extremely dangerous bushes. The most toxic is the fruit.

Perennial shrub up to 2 m has green or purple stems, flowers dark purple hue. The shrub blooms from early summer to late autumn. Berries of belladonna blue-black, round-shaped, taste sweet and sour. It is widely distributed shrub in the Crimea, the Caucasus, on the edge of the forest, shaded glades.

The most frequently poisoned by plants children taking the berries for grapes. The fruit contains alkaloids that can cause severe poisoning that occurs after 10-20 minutes. In addition, poison is the honey from the flowers of belladonna. 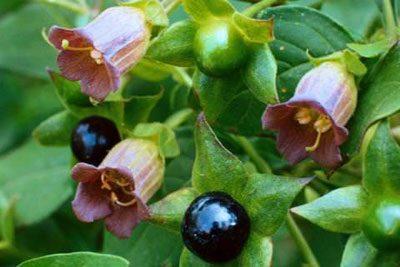 Dangerous berries can cause intoxication with the characteristics:

In some severe cases, there is a strong nervous excitement, increased motor activity, loss of consciousness, coma, asthma attack, respiratory arrest, heart failure, paralysis. Complications of poisoning can note swelling of the face, swelling of the upper arms and legs.

Some parts of the shrub are often used for medical purposes as a laxative. Berries of buckthorn are growing singly, becoming when ripe, purple-black color, sweet taste.

READ  Beer and diphenhydramine: compatibility and effects of mixing 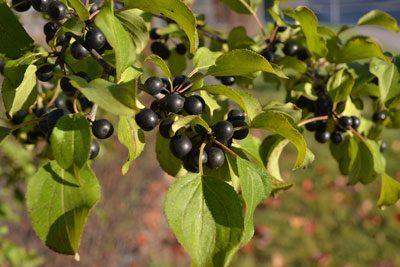 When eating unripe fruit can cause severe intoxication. Poisoning is accompanied by the following signs:

Most often poisoned children who have severe headache, irregular heartbeat, jerking of the limbs.

Often they grow poisonous berries next to alder. The plant blooms from late spring until September. The fruits of the Bush often regale bears and birds. Buckthorn bark used in medicine: a decoction on the basis of its use for cramps, colitis, chronic constipation, and for normalizing bowel function. The juice of the buckthorn is used to produce yellow and green dyes, the tanning of hides.

Most often the plant is grown as an ornamental. Elegant appearance the shrub has round white berries that ripen by early autumn, pink flowers that turn into fruits, which contain saponin, which is toxic to mucous surfaces and skin.

When eating poisonous berries cause:

Getting on the skin, the juice may trigger inflammation, irritation, redness, swelling, and pain.

The snowberry is extremely dangerous for children.

Found the shrubbery on coast of reservoirs. Purple flowers are similar to flowers of other plants. Blooms from late spring to early fall. The nightshade elongated red berries sweet-bitter taste, reminiscent of tomatoes ripening in the summer.

The plant is considered medicinal and is often used in homeopathy and alternative medicine, but the leaves and berries potentially toxic glycoside of dulcomarin, causing disorder of the brain and heart, shortness of breath. 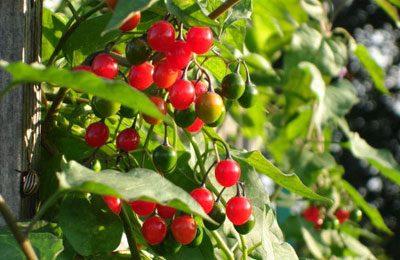 The shrub can be found in the European part of Russia, Siberia and the far East, it grows near ponds and other wet places.

Signs of intoxication are:

To avoid unpleasant consequences, you must carefully collect unknown and suspicious view of berry crops and prevent them.