Poisonous fruits and their effects on the human body

What fruits are considered poisonous

Lovers of exotic fruits are sometimes not even aware that their favorite products might be the cause of serious poisonings. Some poisonous fruits contain such toxic substances as cyanide. This poison component can cause a number of disorders, and in the presence of chronic diseases or weak immunity even lead to death. In order not to harm your health, you should know which fruits and berries you can eat and which we should refrain. 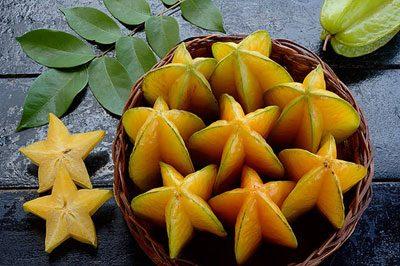 Such poisonous fruits are not only attractive appearance, but also very unusual taste. But do not forget that if people with chronic kidney disease will consume only 100 grams of this fruit can be fatal. These attractive and delicious fruits contain a harmful neurotoxin that can have damaging effects on nerve cells and the brain. If the kidneys are healthy, they will easily filter out a harmful component, in that case, if a person suffers from chronic renal failure, the outcome can be unfortunate.

If poisoning starfruit observed specific symptoms that are hard not to notice:

In severe poisoning, the victim may fall into a coma. In medical practice there were cases when after eating carambola has a seizure similar to an epileptic.

Treatment of such poisoning poses a great challenge even for modern medicine, as a toxin, triggering toxicity, it is very difficult to identify. 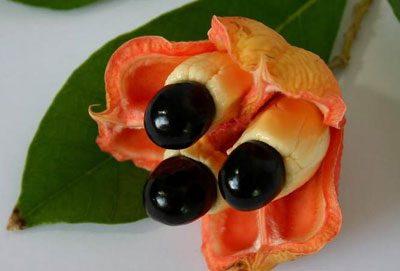 This vegetation grows in Africa, that continent is delivered to the tables of the gourmets of this tropical fruit. Aki is a very poisonous plant, but if the fruit is to properly prepare and use, no harm they will bring.

In the pulp of the fruit contains the Aki hypoglycin. This substance has a negative effect on the human body. The consumption of unripe fruits in food is caused uncontrollable vomiting, in particularly serious cases may develop coma, leading to death.

Eat only those fruits Aki, which fully revealed! 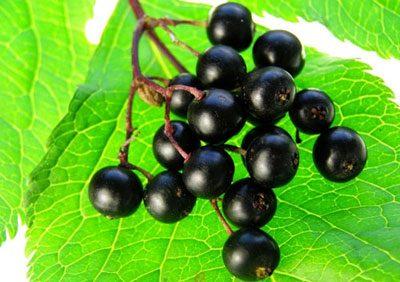 Manufacturers of different varieties of tea, jelly, wine and jam often add elderberries to your diet. The fruits of elderberry bushes bright blue tint and adds beautiful color to food. But not all people know that elderberries contain a poisonous substance glycoside, which leads to severe poisoning. Depending on how many berries people have used, there can be different signs of poisoning. The symptoms of elderberry poisoning includes the following States:

Despite the fact that the twigs, leaves and seeds are poisonous, the berries of the elderberry can be consumed, but without fanaticism.

Glycoside from plants used for the preparation of the poison cyanide. 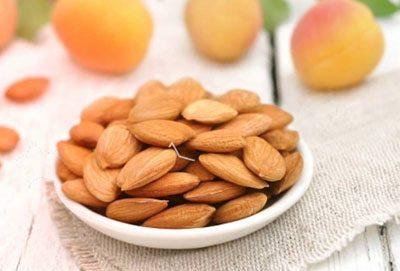 The list of exotic poisonous fruits, which adversely affect the human body, there are the usual products that grows in many backyards. We are talking about the apricots and the cherries. This is a very delicious and healthy fruit, but the seeds of these berries contain a toxic substance – cyanide.

Some scientists argue that maybe that apricot pits will help to create an effective remedy against cancer, as they contain a lot of vitamin b 17, which strengthens the immune system. Thanks to the dissemination of such information apricot pits being implemented both through the Internet and in stores. But do not forget that the misuse of this product can lead to death.

Eat bone can with a variety of apricots that differ sweet taste. There are pits with bitterness is strictly prohibited. 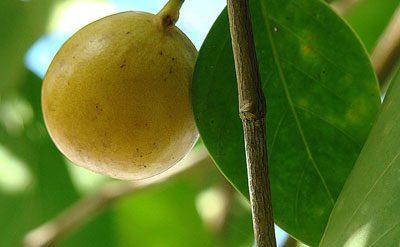 Poisonous fruit supplements and mancinella, the fruit, which is very similar in taste to an Apple, but as the size of a small tangerine. This tree is often referred to as the people beach of apples, some people like insanely juicy and fragrant fruits, which have specific taste and smell. But the immense consumption of such fruits can lead to serious consequences. After eating the fruit of Mancinelli can be these disorders:

By ingestion of plant SAP on the skin can be badly burned with blisters and pain. When wood is burned severely irritate the eye that can cause blurred vision.

The natives use the SAP of the tree of Mancinelli as a poison for the treatment of arrowheads. 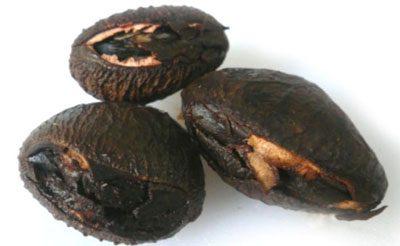 People who love traveling should remember that in far countries grow many poisonous plants that you should avoid. On the list for men fruits and keluak. This fruit grows on fairly large trees, it poses a great danger to humans, as is hydrogen cyanide. Keluak is an effective emetic of natural origin. To consume such fruits is possible only after proper cooking.

Cooking keluak is quite exotic and takes place in several stages:

By eating fresh and raw fruits may be severe intoxication, the main features of which are atypical weakness, severe headache, confusion, dizziness and shortness of breath that occurs even at rest.

If excessive eating keluak there is a cardiac arrest that leads to death. 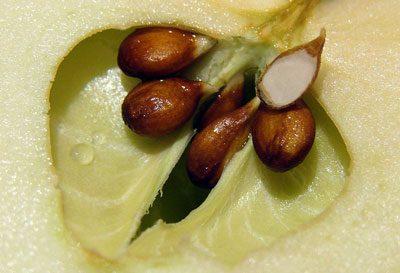 In Apple seeds in small amounts of a cyanide. If you eat only the seeds from one Apple, then any discomfort will not. But when eating a large amount of Apple seeds can be a big health problem.

It is widely believed that the seeds of apples prevent cancer, so some people eat them in large quantities and get poisoning.

To avoid poisonous fruits and berries, it is enough to observe some simple rules. Not advisable to eat unfamiliar exotic foods, and abusing the pits from apricots and almonds. In addition, do not eat fruits that have a trace of rot.