Poisonous plant cow parsnip: what is dangerous to humans

The plant is Hogweed – the benefits and harm to humans

Cow parsnip is a perennial plant, imported to Russia from the Caucasus. Grass has a pleasant faint fragrance, has large leaves with strong roots. Abundant flowering can be observed in June-July. The most common grass in Siberia, in the Altai, Udmurtia, the Leningrad region.

The height of the shrubs may reach 3-6 meters. Grass is a rapidly growing crops, is of no use to people. Many gardeners, faced with the growth of the bushes, interested in the question of the Hogweed plant is poisonous or not, and what danger he represents. 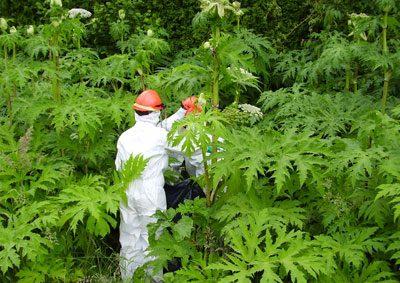 Looks like Hogweed, you should know all the people engaged in agriculture. In a state of flowering forests represent a magnificent sight, white, green yellow or pink flowers gathered in umbrellas. Grass grows from 1.5 to 6 meters in height, has a scaly stem, covered with stiff hairs, the branches are closer to the top. The leaves of the Bush, long, able to reach up to 1.5 meters, smooth, covered with small villi. The plant reproduces with the help of shed seeds.

Culture has been called Heracleum due to its powerful high growth and strong survivability. Some varieties are able to withstand a 10-degree frost. The Bush is very taxing, difficult to destroy, able to adapt to chemicals. The name of the grass was due to its root system that resembles a cabbage. Our ancestors ate it pickled, salted, pickled, and cooked him borsch.

There are about 70 varieties of plants. In Russia there are only some varieties, among which are both dangerous and safe. Dangerous to life and health are the following varieties: 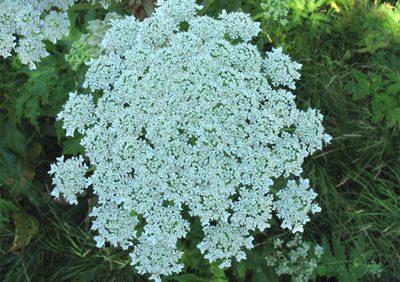 Find green growth in their area, they should be carefully removed. The plant is dangerous for other cultures, able to displace and inhibit their development. Where the shrub grows, as a rule, do not survive other plants: Hogweed, many farmers survived the crisis of agriculture. 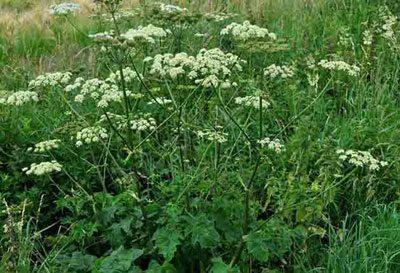 To distinguish the poisonous species from the other safe varieties can and according to his description. The culture is different flowers: the Siberian they are greenish-yellow, with thin pointy leaves. From Sosnowski flowers are usually white shade. In addition, the dangerous types of the Bush is much larger and can reach the height of a man, to touch the edges of the sheets are rough and torn, stems have purple blotches with small villi.

Long grass Hogweed is known for its healing properties. The furocoumarins contained in the composition, have antibacterial powers, so often the plant is used for removing worms in animals. In addition, the roots used for the manufacture of psoralens – specific substances that treat psoriatic plaques.

The grass is also effective against ulcerative and suppurative lesions, asthma, epileptic seizures. From the rhizomes of culture made decoctions for the treatment of pain in liver and eliminate jaundice. Cow parsnip together with other cultures used in the manufacture of silage for cattle.

Dishes with the addition of leaves and roots of the shrub possess pleasant aroma and taste. 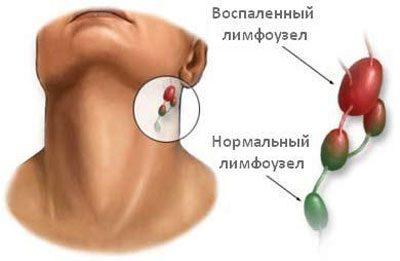 The plant is used in the treatment of many nervous diseases and skin diseases. The shrub is used as a sedative, with convulsive manifestations, epileptic seizures, gallstone disease and inflammatory processes in the kidneys.

Therapeutic infusions consumed during the digestive system disorders, dysentery, to improve appetite. Trays of fresh leaves will help with scabies and the pain provoked by the rheumatism.

Decoctions on the basis of the rhizomes have been successfully treated:

Before you apply the culture in the therapy of diseases, it is necessary to make sure whether the poisonous Hogweed.

We should not use the bushes for therapeutic purposes in individual sensitivity to essential oils and other components.

The greenery can be seen on the coasts, fields, gardens. The most dangerous think the grass in hot weather at flowering. How dangerous Hogweed for a person everyone should know.

A significant danger is the juice, pollen, and fragrance of a shrub, which is able to provoke allergic reactions with serious complications.

READ  General characteristics of industrial poisons and their classification

Included in the composition of essential oil and coumarin, penetrating the skin, reduce the protective properties of the skin to sunlight. This person is not aware that he suffered severe burns, and is exposed to poison.

Even a light touch to the juice, released by the plant that could cause severe burns. At the slightest contact with the skin it is necessary to take urgent measures to help: burn can occur some time later, leaving dangerous consequences. 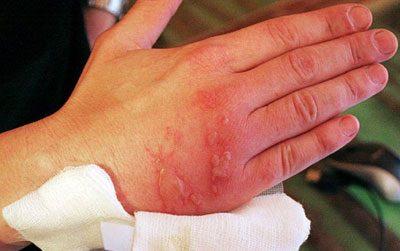 The appearance of dizziness, nausea, vomiting, headaches, to do something already too late. Skin subjected to burns, prolonged healing time, the blisters may turn black and stay for about a month, leaving behind scars. In addition, there are severe relapses.

Pollen of shrub has the ability to penetrate through things. Once in the eyes, a liquid that often causes blindness. With a strong accumulation of coumarin increases the likelihood of vitiligo.

Symptoms of burn by contact with the thickets become:

Most often after exposure to a dangerous culture makes the diagnosis «a burn of 2 degrees». When getting into the blisters infection, the wound might fester and leave scars and scars.

Some species of grass belong to the poisonous plants that could harm the respiratory system. Bush may pose a threat to health, and is often the cause of fatal outcomes.

Any harmful sorts in the respiratory system leads to respiratory allergic reactions: the larynx may swell, which often ends up choking.

A particular danger is a culture for the elderly, children, people with weakened immune systems, as well as Blonds with light skin. Most at risk are Allergy sufferers who are sensitive to essential oils. 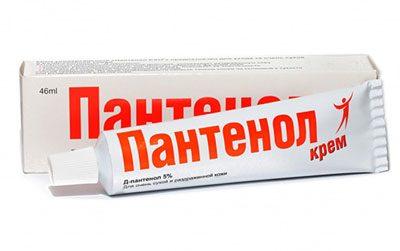 If contact could not be avoided, and the juice or pollen gets on your skin, you must take immediate action:

It is not necessary to bandage a wound during first aid. Immediate treatment to the doctor requires contact with toxic substances on mucous membranes, especially eyes.

After contact flowers, leaves, or pollen with the skin should avoid direct sunlight from the affected areas within two days.

To avoid burns and other dangerous conditions, you should not touch the plant.

It is not recommended to remove the stems of shrubs after flowering: it may be useless and lead to serious burns on his hands. To reduce the active growth thickets can collect it in a pile and burning. Grass clippings should not be left, before it dries. Thickets can grow again, to get the seed and continue to develop. Not even the ripe fruits can cause new growths.

READ  Poisoning by "Domestos", "White" and their pairs

Beveling fully Mature bushes is not recommended: it may lead to their growth and spread in the surrounding area and increase the number of fruits on the earth. Also to eliminate the overgrowth should not be in the wind.

The fight against Bush is carried out in special clothing that covers all parts of the body. 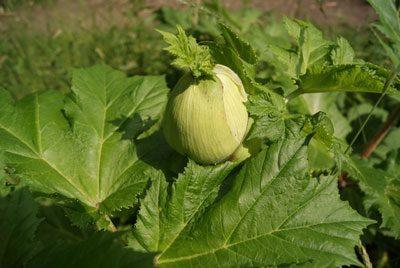 The most effective ways to get rid of overgrowth are:

The flowering herbs – the best time for getting rid of Bush. In the flowers contain large amounts of seeds of which will soon start to grow new crops that contain a poisonous juice.

Hogweed is a poisonous plant that it is time to get rid of, not waiting until it threatens your health. This should be done very carefully to avoid severe burns.