What to do in cases of poisoning by gas

Gas poisoning is very dangerous for humans. It requires immediate first aid and hospitalization. In this article, we discussed the poisoning with household gas (methane), its symptoms and causes of development, the rules of rendering first aid and medical components of treatment.

In some cases, develops gas poisoning

Thanks to the progress and technological development of the gas poisoning is common. The most common intoxication by methane. This gas is used in the home for heating and cooking. In large factories it is possible to poison a propane, butane.

The most common causes of gas poisoning are listed below: 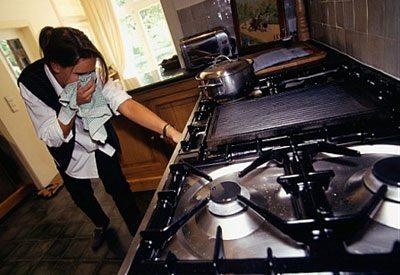 Please note that poisoning by household gas can be combined with intoxication by stupor. If the cause of air pollution was the explosion of the gas equipment, a fire could occur with the release chadny stinking gas. The simultaneous presence in the air of several toxic gases leads to a more rapid development of severe poisoning and death.

The clinical picture of gas poisoning 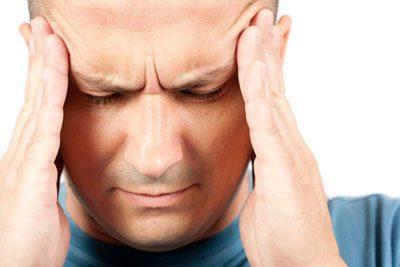 Poisoning by household gas develops during long inhalation. The speed of onset of symptoms and degradation depend on methane concentration in the room. When gas poisoning symptoms can appear in 5-10 minutes after the start of inhalation.

Please note that if a gas leak occurred during human sleep, he dies the house quickly, not waking up. At first, he gradually loaded in a deep coma, then he has a growing respiratory and cardiac failure, death.

The table below presents the major symptoms that manifest poisoning by household gas.

When gas poisoning, severe edema of the lungs, affects the heart muscle tissue (myocardium). These changes lead to acute respiratory and cardiac failure, hypoxia of the organism and death.

In the first place by poisoning chadny stinking or natural gas must remove person to fresh air. During the first aid you need to care about your safety: wear a respirator, gas mask or at least cover mouth and nose with a cloth moistened with water or saliva.

Remember that if the removal of casualties to fresh air is risky for your life, wait for rescuers and don’t get yourself into an area with polluted air. 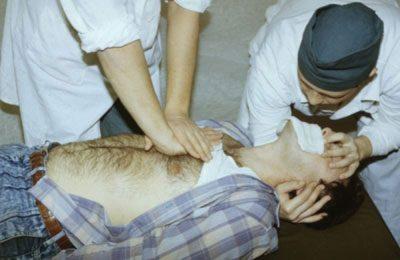 After the exclusion of intoxicated person from the premises, poisoned with gas, you should call the ambulance and or fire service Ministry of emergency situations. Tell the dispatcher the exact address, the estimated number of victims. Then you need to begin to self-provision of first aid, she’s going to improve the condition of the poisoned person.

Components of the emergency first aid at home:

What if the person lost consciousness before the arrival of the brigade SMP? In this case, you should put the person on a firm and level surface, preferably on the floor. To improve blood flow to the head and heart need to lift up his feet and fix them in this position (under them it is possible to put something, for example, a few pillows).

To prevent the tongue and zahlebyvayas vomit, turn victim’s head to the side. In this position the airway is maximally open.

Before arrival of doctors you need to control the presence of pulse and respiration. When they stop, you should initiate chest compressions. 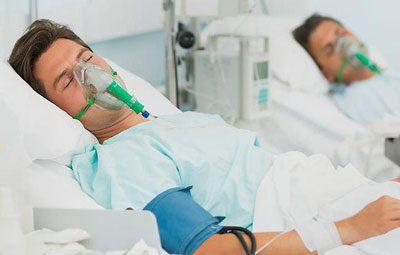 The physicians who have arrived on a call, after a quick examination of the patient carried out a first aid. It consists of the connection of oxygen, IV fluids, administration of drugs to stabilize breathing and heart function. Then they spend the emergency hospitalization of the poisoned person to the nearest emergency Department.

At the hospital starts treatment, aimed at reducing intoxication, elimination of hypoxia and treatment of complications of the respiratory, cardiovascular and nervous systems. In parallel with treatment, a detailed examination of the patient, tests are made to determine gas composition of the blood, revealed deviations in the work of all organs and systems, which could develop due to toxic effects of the gas.

Gas poisoning – a serious condition that can lead to death. With the development of gas intoxication should call an ambulance and to begin to help poisoned. Treatment of this condition is in resuscitation unit. The duration of hospital stay and the prognosis depend on the duration of stay in the room with the contaminated air, the gas concentration and the timeliness of access to medical care.

READ  The first aid for poisoning
Share with friends: