Classification and characterization of substances with toxic action

Toxic substances are synthetic compounds with toxic properties. They are able to penetrate into the bloodstream through the respiratory system, stomach, skin. The effectiveness of chemical agents in the conduct of hostilities is estimated by their high degree of toxicity. Toxic compounds are not only used for suppression of enemy forces, they are also part of the herbicides, which are used to combat agricultural pests.

Toxic substances are a core part of the chemical weapon which is in service with some countries. The largest reserves of toxic compounds available in Russia and the United States, including in the form of warheads. Poisonous substances when used are detrimental to the enemy manpower, which reduces the ability of resistance and the possibility of a retaliatory attack.

Amazing properties of poisons of this type is different from other military weapons. They penetrate from the environment into buildings, military equipment, harm to military personnel and civilians. 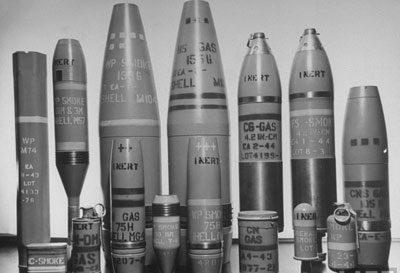 Toxic compounds even in small dose cause significant harm to the human body. Small damage on the skin (cracks, cuts, scratches) triggers the infection and the rapid spread of toxins in the blood to the brain and internal organs. This condition often causes a person’s death or irreversible health complications the victim. The characteristic features of poisonous substances include:

For civilians there is a risk of infection, if the wind will carry poisonous gases or vapours in the direction of the village. To synthesize the major types of toxic substances is not required the use of high technology processes and expensive raw materials. If necessary to replenish the reserves will be produced as many toxins as you need, and in a short time. Today the relevance of the use of chemical weapons is gradually eroding as the result of the signed agreements between the governments of countries with large reserves of warheads. But the danger of infection still exists.

Acute intoxication may occur in case of accidental release of poison into the atmosphere during emergencies at industrial and chemical industries.

Also cause breathing disorders and heart failure becomes a failure to follow safety procedures when working with toxic chemicals, their irrational use or improper storage. To avoid the negative effects of poisoning, you should understand the main types of toxic compounds and the mechanism of their action on the human body, to know what groups are divided poisons.

Since the vast majority of cases, the poisons used for the manufacture of chemical warfare weapons, to characterize the toxic properties use the following classification of toxic substances: 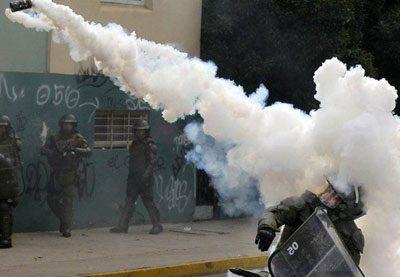 Chemical warfare agents are in liquid form, and the use take vapor, aerosol or in the form of liquid droplet. If infection becomes the ground air stratum, then apply compound that can go into a state of vapor or a fine aerosol mist.

Clouds formed vapors or aerosols, is called the primary; they have the strongest striking properties. If clouds occur when soil evaporation, they are secondary, with less severe toxic action. Also on the tactical warfare agents are classified as follows: 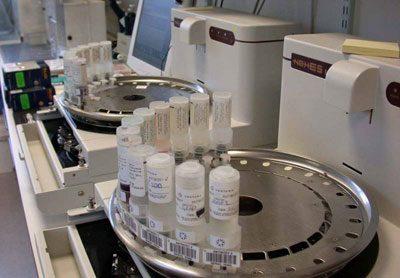 The conduct of hostilities applies the tactics of intrusion equipment, uniforms and terrain. These cases are coarse and drip toxic poisons. They retain their toxic properties for several weeks and even months, penetrating into deep soil layers and water bodies. Characteristics of toxic substances is based on the methods expose of poisons in the human body: 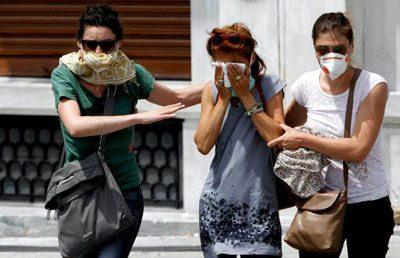 Dangerous properties of many toxic substances can be attributed to their cumulative. Toxic compounds capable of long-term accumulate in the body, reducing the functional activity of all vital systems. This condition occurs in chronic poisoning in the home or in industrial production in the absence of proper control. The severity of symptoms in this type of intoxication weakly expressed, which is the precipitating factor for the development of numerous pathologies of the internal organs, muscles, joints, bones.

For easy storage in the military there are the following types of toxic substances:

In agriculture there is a strict accounting of consumed pesticides and herbicides. Before processing the fields from pests, the population is informed about the planned work. Usually for spraying cereals in scheduled activities or when locusts are used toxins are persistent actions.

On the physiological properties of toxic substances are divided into several groups, the most numerous are poisons of neuro-paralytic action. After penetration into the blood stream even tiny amounts of the toxin is a significant lesion of the Central nervous system. The distinctive features of this method of poisoning refers to a persistent constriction of the pupil. 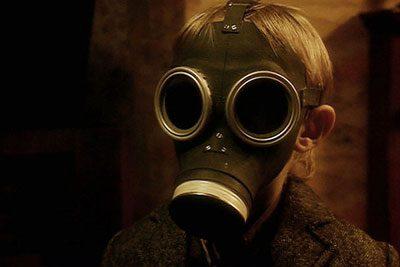 Volatile colorless compound in liquid form, not possessing the characteristic odour, not solidifying at low temperatures. Soluble in water and organic ingredients in various proportions, has the ability to form a homogeneous fat mixture.

Sarin does not decompose into components with a long stay in the water. After contamination of this poison for two months remains stable toxic compounds. The poison penetrates the organism by drinking water from ponds or lakes located on the area.

Sarin gas used in the vapor state to eliminate the enemy with infected site during the RAID of tactical aircraft. Substance moves easily through the terrain in the wind, thermolabile in warm weather rapidly degraded, and in winter maintains a steady state for a few days.

In addition to the destruction of manpower of the opponent, sarin settles on vehicles, buildings and uniforms. Therefore it is impossible to remove the mask, even after leaving the danger zone. First experts process equipment detoxification solutions and carry out control over the airspace.

A liquid substance with low volatility, almost no odor. Able to stay warm in sub-zero temperatures and to dissolve well in organic compounds. After penetration into the body of a man absorbed in fatty tissue. The conduct of hostilities use of the coarse aerosols, which retain toxic properties in open water about 5-6 months.

VX affects the person getting into the bloodstream through the respiratory tract or the skin. Methods of infection of various toxic substances: in contact with military equipment, uniforms, gear. 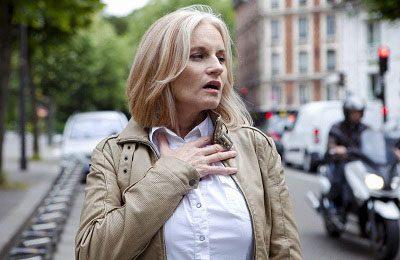 Toxic compound binds to the red blood cells, causing oxygen starvation of brain cells. Occurs disorder the regulation of all systems of life – disturbed breathing, decreased heart rate, swelling of the pulmonary parenchyma. In the absence of treatment the lethal outcome is possible in a few minutes after infection.

Nerve action is soman. The physico-chemical properties similar to the properties of sarin and VX EXA. It is a colorless or slightly colored liquid with a peculiar camphor odor. Soman slightly soluble water and with organic solvents quickly forms a homogeneous breeding.

After penetration of toxic substances through the respiratory tract in humans sharply narrowed pupils, difficulty breathing, abundant saliva and mucus from the nasal cavity. Headache is localized in the temples and is not eliminated even by the use of antispasmodics for several days.

If the neuro-psychological substances enter the bloodstream through the skin or mucous membranes, signs of intoxication no less pronounced, but there are a few hours later. For this way of infection is characterized by the appearance of tremor of the limbs, and then seizures.

For effects on the human body the most hazardous to human connection is mustard. It is yellowish or dark brown liquid with a characteristic garlic or mustard odor, forming a homogeneous mixture with organic solvents, but poorly soluble in water. In of liquid droplet or aerosol form infects the surrounding space, ammunition, military equipment.

Mustard gas poison the area for a few weeks, and then gradually decompose to harmless components. The wind poison in the form of steam is carried to tens of kilometers and becomes a source of toxins. 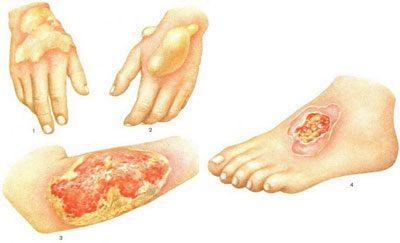 The poison affects the human body after penetration into the blood stream. A small concentration of the poison irritates the mucous membranes of the eyes, nose, throat, bronchi and bronchioles. In acute intoxication damaged internal organs, lungs, and muscle tissue. The accumulation of substances within a few hours the destruction of blood cells, decreases the functional activity of the urinary system.

The mechanism of poisoning develops as follows:

Disrupted gastrointestinal tract – the victim opens the vomiting with the admixtures of fresh blood. When failure to provide emergency medical care, death occurs due to heart failure.

There are many poisonous compounds used in the conduct of hostilities. The severity of symptoms is directly dependent on how many classes of compounds contains a toxic mixture. The pathogenesis of the poisoning based on violation of transfer of molecular oxygen by red blood cells to the cells of all tissues. This kind of toxic substances refers to the fastest time of exposure on the human body.

Hydrocyanic acid is a colorless, volatile liquid with a characteristic almond flavor. In addition to use in combat, poisoning the poison may occur in the home by eating kernels of certain fruit trees. 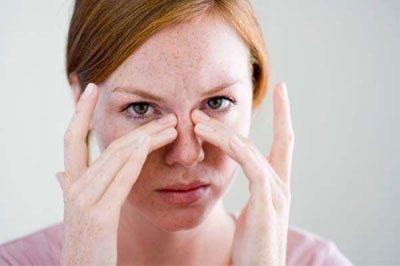 If that got into the body by inhalation of gas, then after a few hours the victim see these negative signs:

The characteristic features of poisoning include reddening of the skin and a metallic taste on the tongue. The death of a person occurs as a result of cardiac arrest.

Phosgene is the main representative of toxic substances in this class. To determine that the air contains the poison, he has the smell of rotten hay or rotten apples. Slightly soluble in water, the compound decomposes rapidly into its component ingredients. The toxin enters the human body by inhalation, its lethality is a few minutes.

A characteristic symptom of intoxication with phosgene is a sharp rise in temperature, as well as the blue lips. This condition can be confused with symptoms of bacterial or viral infection.

During intoxication, a significant concentration of poison develop these symptoms: 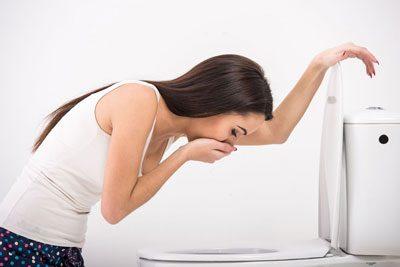 For protection, you need to use a gas mask, respirator with this type of poisoning is useless. It should bring people out of the affected area, remove contaminated clothing. To save the life of a victim can only Express the introduction of antitoxin and detoxification therapy.