Vomiting blood after drinking: causes, what to do

What to do when puking blood after drinking alcohol

Gastrointestinal bleeding is one of the most dangerous complications of alcohol intake. It can lead to the rapid loss of a large amount of blood and death. This article discusses vomiting blood after alcohol, causes, symptoms and methods of first aid for the development of this symptom. 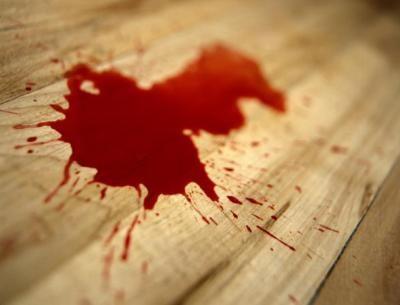 Bloody vomiting is a worrying symptom. It means internal bleeding from blood vessels of the digestive tract. The injured vessel may be localized in the esophagus, stomach or duodenum.

The main causes of vomiting blood after drinking alcohol are listed below.

This condition develops due to damage of the vessel wall of the stomach or duodenum. At risk are people with peptic ulcer and chronic gastritis. Alcohol irritates the mucosa and may cause rupture of the vessel.

For gastrointestinal bleeding, profuse vomiting and dark. Color of vomit close to black. This color of blood is due to its contact with the hydrochloric acid produced in the stomach. This acid oxidizes the blood and collapses it. 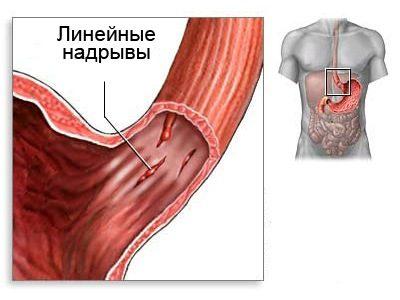 The syndrome Mallory-Weiss, there is a longitudinal damage to the mucous membrane of the lower (abdominal) part of esophagus and upper (cardiac) part of the stomach.

This syndrome may occur due to prolonged repeated vomiting that occurs during a hangover and alcohol poisoning.

This state is characterized by red vomiting (hematemesis). In the vomit can be seen unaltered scarlet blood or blood clots. Vomiting, as a rule, abundant and frequent.

Varicose veins of the esophagus

Varicose veins of the esophagus develops in patients with liver cirrhosis. Bleeding from veins in the esophagus manifested abundant vomiting blood with clots. Can occur blood vomit fountain. This condition leads to death very quickly.

Please note that people with liver cirrhosis is strictly prohibited intake of alcohol. Most often, they die due to bleeding from veins in the esophagus after drinking alcohol.

Internal bleeding from damaged blood vessels of the esophagus, stomach or intestine manifested clinically not only blood vomiting. This state is characterized by the following symptoms: 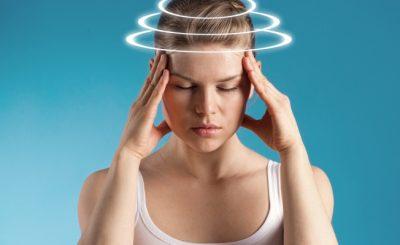 In severe cases, the patient falls into a coma, his heart rate slows down, breathing becomes shallow. May develop convulsions throughout the body, the spontaneous discharge of feces and urine.

What to do when puking blood? Vomiting blood after drinking the contents, you should immediately call the ambulance. Manager details and quickly explain the situation, describe symptoms, name your exact location. While you go to the doctors, start to provide first aid to the patient independently to eliminate alcohol syndrome.

Remember that to wash out the stomach, to do a cleansing enema, give sorbents, water hot is strictly prohibited in the development of internal bleeding. Such actions will increase the damage to injured vessels and increase bleeding and volume of blood lost! 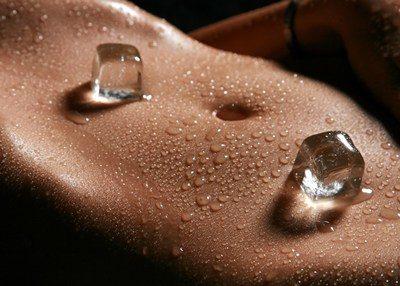 Below are the steps that you can take prior to arrival of ambulance teams:

READ  What to do when alcohol poisoning at home

If a person is sick with peptic ulcer disease or cirrhosis of the liver, it is in a high risk of internal bleeding. In advance talk with your doctor about first aid at home before the arrival of the SMP. He may advise you to keep at home a solution of aminocaproic acid, which can be enjoyed in such a situation. This drug reduces bleeding. The dose should be discussed with the doctor. To use it is dangerous.

The physicians who have arrived on a call, conduct a rapid assessment of the patient. Measure his blood pressure, pulse, respiratory rate, saturation, collect the anamnesis and medical history. Before admission to the hospital, they maximally improve vital signs and provide first aid. 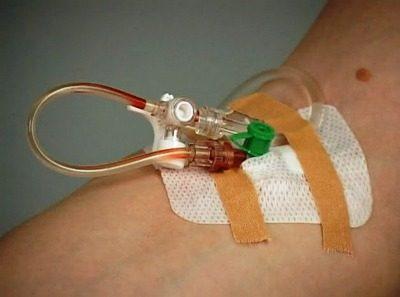 Then the patient is quickly hospitalized in the surgical Department or in the intensive care unit.

Internal bleeding stops surgical method with the help of gastroscopy.

During gastroscopy through the esophagus, we introduce a special tube (gastroscope) through which a doctor examines the mucous membrane reveals a bleeding vessel and sews it. This procedure is performed without anesthesia, it is painless. Unpleasant is the introduction of the gastroscope. It causes retching.

After stopping the bleeding patient some time in the hospital. If his condition is severe or critical, he is receiving treatment in intensive care. When a large blood loss, it is the substitutionary blood transfusion.

READ  How to induce vomiting in cats at home 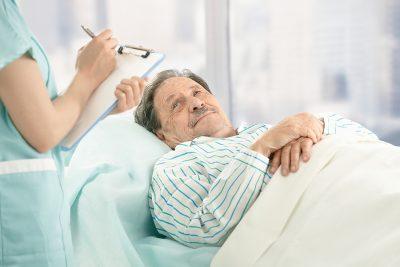 After the stabilization treatment of the disease that caused blood vomiting. If it’s gastritis, or ulcer, the patient is assigned a drug treatment and diet.

Vomiting blood after drinking alcohol is dangerous for life. It is a sign of the begun internal bleeding. When you see this symptom, you should immediately call the ambulance. The patient needs to ensure peace and put on the stomach cold. The treatment is performed in surgical or intensive care unit.