Beta HCG during pregnancy: norm and what is being measured?

Given the important role of human chorionic gonadotropin, it is not surprising that the analysis on its concentration in the blood is one of the essential in the monitoring of pregnancy. Units of HCG in the test results of several different laboratories may vary, so for correct interpretation of results it is important to know the ratio between them.

Why is HCG so important?

To understand why human chorionic gonadotropin is one of the basic markers of a healthy pregnancy (especially first trimester), you need to understand its properties and effects on the body. 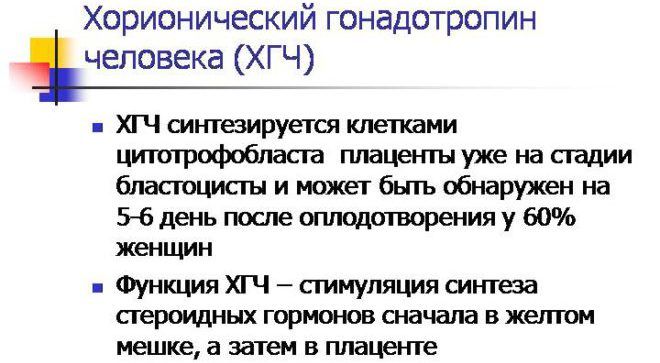 Along with other gonadotropin hormones (luteinizing and follikulostimulirutee) and thyrotropin (TSH), HCG is composed of α — and β-subunits. The structure of the β-subunit of HCG differs from the above mentioned hormones (α-subunit is homologous to the same structural component in FSH, LH and TSH). In pregnancy, beta HCG is the determining factor that allows you to set the concentration of this hormone due to the specific reaction to the subunit.

According to its properties HCG resembles both the other gonadotropin. However, despite the ability to bind both types of receptors, luteinizing properties significantly outnumber the stimulation of the follicle. In this capacity, HCG greatly exceeds the normal pituitary luteinizing hormone: due to his high activity of the yellow body, which normally exists in the last two weeks of the menstrual cycle, lasts for as long as the placenta is not developed enough to produce estrogen and progesterone.

Under the influence of chorionic gonadotrophin the corpus luteum produces a lot of progesterone, which is required for normal pregnancy. HCG also stimulates the production of estrogens, which were essential to the activation of progesterone, weak androgens and glucocorticoids, which reduce the immune response to a half-alien body and help avoid miscarriage.

The role of HCG in the pregnant woman’s body explains the dynamics of hormone production: 10-12 weeks the amount has been increasing steadily, as the normal gestation needs more progesterone. After maturation of the placenta and the beginning of secretion of all the necessary pregnancy hormones tissues the need for the existence of yellow body and intense stimulation disappears, so the concentration of HCG decreases. 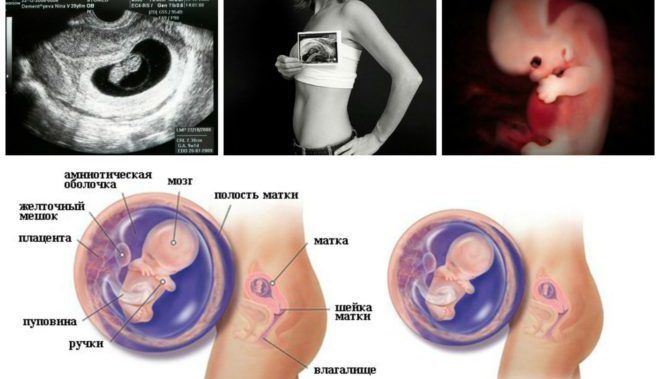 Considering all the above, excess or deficiency of human chorionic gonadotropin in pregnant women tells about the pathologies or the diagnostic errors (probably in the early stages of gestation).

The normal concentration of human chorionic gonadotropin during pregnancy

Human chorionic gonadotropin is considered a placental hormone, despite the fact that, in the absence of pregnancy a small amount (not higher than 5 Miu/ml, according to some – to 6.15) produced by the pituitary gland. During pregnancy, the normal beta HCG is several orders of magnitude higher than this figure.

The normal concentration of HCG in the blood for weeks of pregnancy;

READ  Mucosolvan in pregnancy: a manual for use in 2 and 3 trimester

Normal after cessation of the functioning of the corpus luteum, the concentration of human chorionic gonadotropin gradually decreases, but in the third trimester of pregnancy may be repeated, less intense peak levels of the hormone.

Earlier in medical practice, this phenomenon was considered one of the variants of the norm. Today, experts are more cautious to the peak: raising the level of HCG after 11 weeks often evidence of the pathologies that threaten the health of the mother (trophoblastic disease), or placental insufficiency. The latter is often observed in RH-conflict pregnant woman’s body and the fetus.

To monitor the health of the fetus, and determining the presence of certain types of cancerous tumors applies the analysis of the content of free β-HCG.

Standards for levels of free β-HCG by week of gestation;

Concentration of free HCG may be in the nanogram to milliliter. The ratio of honey and mIU ng below.

In men and in the absence of pregnancy in women, the levels of unbound beta-subunit of gonadotropin does not exceed 43 mIU/ml (the maximum level of free HCG 2 ng/ml).

The table is indicative only. To interpret the results should be observing the doctor since these norms are averages and may not be suitable for pregnant specific due to particular circumstances (some chronic diseases, multiple pregnancy, etc.). 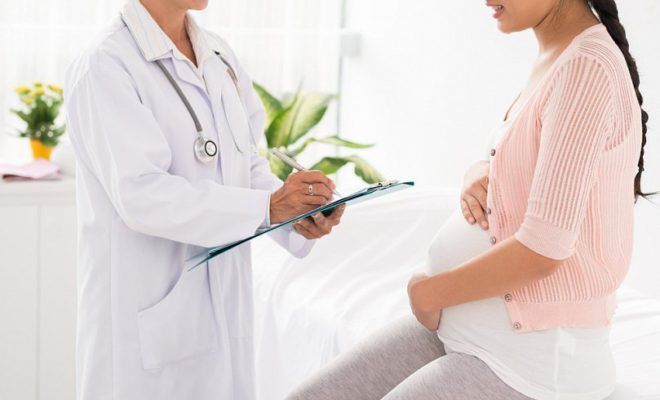 The causes of low and high blood level of HCG

Possible reasons for elevated levels of HCG in pregnant women can be:

In nonpregnant women, elevated levels of HCG in the blood may be associated with the onset of menopause (the normal rate is increasing to 9.5 mIU/ml) analysis in less than 5 days after abortion and trophoblastic diseases (cystic skid, etc.).

Normal after birth chorionic gonadotropin is not detected in the urine, and its concentration in the blood falls quickly to normal values (0-6,15 mIU/ml). If this does not happen even after the 42 days after childbirth, the gynecologists talk about trophoblastic pathology.

The reason for the increase in the level of gonadotropin could be the presence of a cancerous tumor in the intestine, kidneys, lungs. In men, an increased amount of HCG in the blood may also be associated with seminoma and teratoma of the testis, in women with hormone-producing tumors in the uterus.

Low levels of HCG, as opposed to high, is dangerous only in pregnancy. Possible causes may be:

Great importance is not only the result but also the growth dynamics of HCG. For example, if ectopic pregnancy the hormone levels doubled on average 2 times a week, whereas the normal concentration of gonadotropin is increasing by half every 2 days. With the threat of miscarriage the HCG level is rapidly declining (on average more than 50% of normal values). 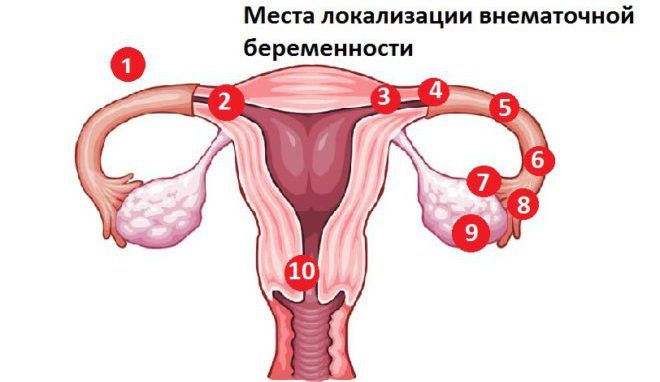 Features of the analysis of the level of HCG

Measurement of the concentration of human chorionic hormone is in mIU/ml (international meladinine in milliliter) mu/ml or in mass units – nanograms per milliliter of biological material. Indicators of med and Mme are equivalent. For translation ng/ml in the conventional units, multiply the result by 21.28.

About indicator of HCG 500 Miu/ml the fetus can be detected on transvaginal ultrasound. Early ultrasound diagnosis is used to Refine the location of the fetus because the concentration of placental gonadotropin increased and ectopic pregnancy.

To study the concentration levels of HCG can be used blood and urine. Home test strips and inkjet testers are less accurate than the analysis of venous blood, but cheap and easy to use. Sensitivity tests indicated on the packaging.

Most of them show a positive result when the HCG concentration exceeds 25 Miu/ml, i.e. about 2 weeks after conception. More expensive tests can tell us about pregnancy and early by 7-10 days after fertilization of the egg.

However, at this early stage, experts advise to resort to blood, because to talk about the true positive or negative result will be possible only after several days of delay.

Used in combination with other studies

Elevated levels of HCG in pregnant women may indicate chromosomal diseases of a fetus (most likely down syndrome). To clarify the result of a comprehensive screening. In the first trimester includes analysis of free β-HCG and PAPP-A (plasma protein A, pregnancy associated). Low level of protein indicates a large risk of severe chromosomal abnormalities. Second-trimester screening includes a study of three biochemical markers (HCG, alphafetoprotein and estriol).

In the absence of pregnancy test HCG can be used in conjunction with tests for tumor markers for cancer tumors. 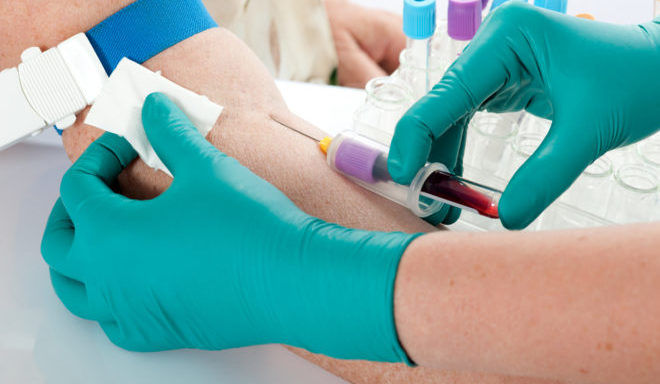 How to get an accurate result

The correctness of result depends not only on reagents and the correct operation of the laboratory staff, but also on the preparation of the patient (patient) to the study. There are a few rules that will minimize the error:

This is important for monitoring of pregnancy is very important, the dynamics of increasing levels of HCG, so the tests need to pass at the same time of day, with the same conditions of nutrition.