Symptoms of early menopause in women after 40 years

In the life of the woman aged around 45 to 55 years comes the menopausal stage. At this time, the ovaries cease to function for the production of eggs. Symptoms of menopause at age 40 may vary, because are of a purely personal nature, associated with heredity, lifestyle, state of health. The female body is going through hormonal global restructuring, in this context, the woman’s menstrual periods stop. Medical science believes that she’ll never be able to get pregnant due to the fact that stops producing specific female hormones estrogen and progesterone.

What do you mean «climax» and its stages

Menopause is a condition in which there is a gradual fading of secretion of sex hormones. It is not a disease, but a natural normal age-related tier, which is replaced by three stages.

The period starts on average at age 45, but could begin with a difference in 5 years – sooner or later this age. The symptoms of the first stage occur a few years before the last menstruation, then continued a year, after which comes the next stage. This period, an average of four years preceding the menopause (average age 47.5 years), and it continues after 12 months, that is, include the time following the cessation of the menstrual cycle. That is menstruation, more precisely, its change is the earliest symptom of this stage of menopause. Take into account the regularity, duration and amount of blood.

Perimenopause (preclimax) as the first stage is the most difficult because of their unpredictability, significant hormonal changes in the female body, the fluctuation and drop in estrogen levels. Which leads to many occurring simultaneously unpleasant symptoms both psychological and physiological origin. Some of the initial symptoms – hot flashes, sweating at night, rise in temperature. Observed condition such as depression and groundless irritability, alternating sharply different mood, impairment of memory and attention. Why is this happening? Blame the hormones – the natural decline in estrogen and progesterone after the age of forty years.

Menopausal symptoms do not necessarily manifest themselves immediately and can be installed immediately. In some women since the last menstrual cycle may take several years before the obvious signs of menopause, others almost within one year. Women’s average age when menopause occurs is 51 years. However, there are cases of occurrence of this stage and at 44 at a younger age, especially if the woman smokes.

The woman has a shortage of sex hormones, evidenced by the tides, night discomfort, sweating, unpredictable mood swings, irritation. These symptoms women have to endure for two years or more. This is called «early postmenopausal time.» These symptoms will not last forever and at the expiration of his term will disappear. Marked and pain during urination, which in many cases are aggravated, but it should be remembered that all the symptoms in different women are different.

READ  Bleeding cervical erosion - what to do

In the years following menopause, a woman’s body in connection with deficiency of sex hormones – estrogen, relatively quickly lose bone mass, progressive vascular changes, which increases the probability of diseases such as myocardial infarction and osteoporosis (condition where bones are subject to high degree of brittleness). As a consequence there are fractures, the most dangerous of which is hip fracture, almost to the end neizlechimoe.

Symptoms and signs of menopause 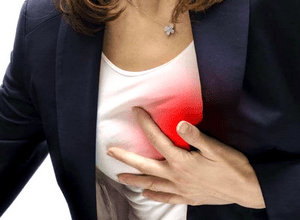 In accordance with the intensity of severity of menopausal symptoms divided into several stages, each of which, in addition to the General characteristics that defined and specific. How long is each of the periods indicated above.

Documented cases of asymptomatic passage of menopause, for example, the beginning takes place completely unnoticed, that is why most women pay attention to the time of menopause, when menopause is already far not at early stage. In some cases, women only feel any of the symptoms, it means that climacteric modifications in body only affects metabolism, but at women to increase the weight and no more changes. Ovarian failure may occur even during the premenopausal when the menstrual bleeding gain irregular or become scarce.

Among the signs of this stage such as:

Menopausal changes in the female body gaining strength on average for 4 years before it is actually offensive. Perimenopause is characterized by the following symptoms:

The second stage of menopause – menopause is menstruation, which is usually celebrated in 52 years, occurred last time and outside. 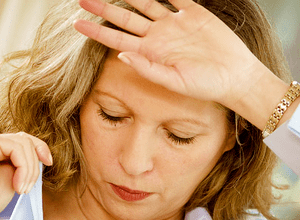 Postmenopausal fixed during the year after cessation of menstruation. This period is characterized by the presence of low levels of estrogen and relevant to this state of violations of women’s health. Known cases when certain menopausal symptoms the woman experienced up to the end of life. In connection with the acute shortage of female sex hormones may exacerbate these symptoms:

If irritability and nervousness not on the decline, you should consult a doctor and get treatment from a specialist.

The main reason why a woman starts to feel and realize menopause is the lack of sex hormones when the body loses specific hormonal protection, and at risk of cardiovascular diseases and bone fragility.

READ  When menopause occurs, in how many years

What causes a woman the appearance of the characteristic diseases with which it has not previously encountered. It is known that the specificity of the onset and progression of menopause, the important role played by the following factors:

The woman could move one or the other type of operations, but not all of them seriously affect the process of menopause. In cases of surgical removal of the ovaries, menopause occurs earlier due to the low estrogen levels of progesterone in the body. If a woman smokes, the appearance of climacteric changes, may also accelerate.

Most women mistakenly associate this natural biological process with old age. However, it is clear that the climax in 40 years wrongly attributed to almost the last event in a woman’s life, while menopause is a kind of a distant precursor of early «failure» of specific body functions.

Signs of menopause at 40 is nothing special is not different, the difference with other age groups is its individual features. For example, based on the statistics, the onset of menopause at this age is often due to genetics, heredity, or health status. For example, the case with the arrival of the menopause, and 35 and 60 years.

Among the common symptoms caused by hormonal dysfunction, menopause process is accompanied by various physiological disorders.

Such a diagnosis shall be made by the specialist based on the above symptoms with age. The gynecologist may order a patient to take these tests:

To avoid the risk of cancer, it is imperative to conduct mammography research each year, as well as ultrasonographic examination of the mammary glands.

Normal women of age for the arrival of menopause is considered to be the period from 45 to 55 years. However, medicine is known of the situation of menopause at age 42 and earlier. If women’s specific function «shuts down» at a younger age (before 45 years) experts say about early menopause. If the ovaries cease to function at the age less than 40 years, there is a premature failure of the gonads. Early onset of menopause – this is an unfavorable phenomenon, characterized by a higher risk of subsequent diseases associated with natural causes and with early menopause. Among them – diseases of the blood vessels, heart, Central nervous system (Alzheimer’s, Parkinson’s), osteoporosis.

READ  How to calculate a monthly cycle, calculate menstrual cycle

Early onset of the second stage of menopause can be triggered by various reasons, first of which is genetic predisposition. That is, the Clinician should ask about the health status of mothers and grandmothers who came to the reception of a woman who has complaints of menopausal symptoms.

Body daughter often «repeat» the timing and specifics of the functioning of the ovaries of the mother’s body. The second most frequent cause is an autoimmune disease. This means that the body’s immune system attacks itself, producing antibodies against the ovaries. However, such antibodies are produced and to certain tissues, e.g., adrenal or thyroid gland, resulting in such patients are often faced with autoimmune disorders of the ovaries, and autoimmune thyroiditis.

There is a theory that stress and strong emotions likewise contribute to premature dysfunction of the ovaries.

Treatment and prevention of menopausal symptoms 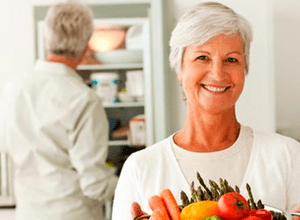 You should pay particular attention to the observance of a healthy lifestyle: proper, balanced diet, including:

Excluded from the diet shall be the following products:

In case of detection of clinical symptoms and the absence of risks associated with contraindications, doctors will prescribe HRT. Hormone replacement therapy involves taking medications to stabilize hormonal balance and eliminates the symptoms of menopause. Additionally appointed other tools:

Prevention experts advise to get rid of bad habits and to engage in recreational physical exercise, gymnastics or start to visit the fitness center, practice of street walking on air.

For example, the function of the ovaries of a woman who smokes or is overweight, prone to premature decline. Therefore, the above methods of prevention are recommended especially to those women who have a predisposition to early onset of menopause.

In any case, watching the woman for signs of menopause actually is or involves, it is recommended to systematically visit a gynecologist. This doctor specializiruetsya for the treatment and prevention of women’s diseases. Only a qualified specialist will correctly determine certain abnormalities in a woman’s body, makes a diagnosis and, if necessary, confirm in a timely manner will diagnose and prescribe appropriate treatment.